Watch: The Curse of the Accidental Manager 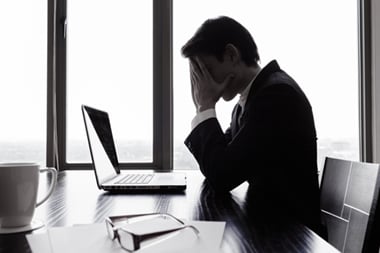 The classic scenario runs like this: a highly skilled worker, who has consistently excelled in their role, is rewarded with the added responsibility of a managerial position, but they are not given any further guidance. Their job is entirely different, but without appropriate training to prepare for the role’s shift in focus – from delivery to directing – the manager is being thrown in at the deep end. This is the world of the accidental manager.

The principles of management are stunningly simple, yet so few get it right,” says CMI chief executive Ann Francke. “Being a good manager is about training and practice. A natural runner may have a talent for running, but they won’t win a race or complete a marathon without practice and training. The same is true for a good manager.”

When you consider that only one in five line managers are rated highly, according to CMI’s research, yet 75% of people rate their own manager as the chief influence on their career, the scale of the problem becomes clear.

“The most dangerous leadership myth is that leaders are born – that there is a genetic factor to leadership,” said the late Warren Bennis, a US pioneer of leadership studies. “This myth asserts that people simply either have certain charismatic qualities or not. That’s nonsense; in fact, the opposite is true. Leaders are made rather than born.”

There are many types of accidental manager. Some think they don’t need management training to be successful – only to find themselves drowning once thrust into a position of responsibility.

Others put their head down and work hard to overcome their deficiencies, often by taking up further learning or training, or learning from others. A final group are thrown into the limelight without wanting it.

Accidental managers can be of critical concern within small businesses. The smaller the firm, the more responsibility that tends to be bestowed on each employee.

The hiring process in smaller firms can be more informal. It can often correlate into an unfortunate circumstance whereby the employee does not expect that they are in line for greater pressure and exposure than they would have been in a similar job for a major firm.

When you consider that 99% of UK companies have fewer than 50 employees, you realise the extent of the problem.

At a recent CMI event in London, as part of its ‘Growing Your Small Business’ series of panel discussions, several experts voiced their concerns about problems within the UK’s higher education system and where its priorities lie.

“There is too much focus on the big employers and not enough attention on small businesses,” Martin Spiller, partner at Jenson Solutions, said at the event. “Universities have made steps forward – but they are still too academic in some respects.”

This was echoed by Christopher Walker, policy adviser at the Federation of Small Businesses. “It is hard to find highly skilled graduates for smaller businesses,” he told delegates. He also lamented the apparent lack of practical managerial knowledge, expressing worries about “the general work-readiness” of recent graduates.

Joe Holdsworth benefited from the guiding hand of Chartered Manager Major Oli Morgan
JOE HOLDSWORTH is a systems engineer on the Bloodhound SSC Project, a mission seeking to break the world land-speed record and inspire the next generation of scientists and engineers.

I was brought into the project early on, about two-and-a-half years ago, to work on the car's jet systems. At that time, there were just two of us working on it but the team has steadily grown. We've now got a team of people working on it - that means I have had to manage them and pass on information.

As part of his role, Holdsworth liaises with other departments to help integrate their approaches. He organises what is build and when it gets done. How aware was he that his role within the company would increase?

I had a feeling that it might happen. After all, if the project was to be successful, it was always going to grow. Naturally, when that happens, you assume that, as one of the first employees here, you would be in line for a more authoritative position.

Even if a promotion is expected, being thrust into a more senior role without proper management training is still a daunting prospect. What did Holdsworth do to cope with the added pressure?

Obviously I've had managers in the past and I've tried to observe them and use the same skills they used on me. A lot of it is understanding the people you're working with and trying to get the best out of them by giving them the best skills and support possible.

Joe and I came to the project at about the same time. He had an  immense technical challenge and, as the project has grown, he now has to master this detail at the same time as managing others. He leads by example and works long hours, and that is replicated by his team. Joe has fared well when tasked with this intellectual challenge - not everyone could have done it.

The UK has been meandering its way through the past few years with low productivity. The malaise was originally attributed to the recession, but it has persisted. Britain’s lack of management training is a smoking gun: reverse the polarity and you find the opposite is true. Train your people and your company will excel.

Chartered Managers, CMI’s gold-standard accreditation, add more than £390,000 in value to their organisation, according to CMI’s Mapping Management Excellence 2015 report. One in eight of those surveyed estimated that they add more than £500,000 to their company every year and 92% claimed that becoming a professional manager has given them greater self-awareness, with a similarly overwhelming majority reporting increased self-confidence.

Almost all say they have become a better manager as a result of attaining professional status through becoming a Chartered Manager. The antitheses of accidental managers are cutting through.

Want to find out more about becoming a Chartered Manager? Click here or email the CMI team. You can also call them on 01536 207429.

We’re really proud of all of the managers, employers and training providers who choose to work with CMI, so here we’ve arranged a selection of their success stories.