Will the digital revolution make us all poorer? 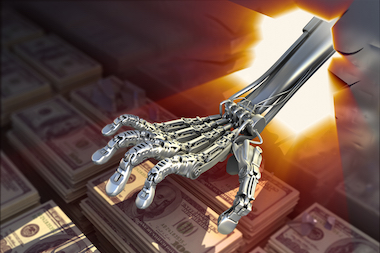 Technological innovation ought to be good news, but without a corresponding human and social revolution, things could be about to get a whole lot worse

Whether they know it or not, life-changing economic decisions are looming for the new Conservative government.

The biggest issues are productivity and jobs. Both are critical to the country’s future, and good performance would do more than anything to conjure away the deficit and restore the sense of an economy actually working.

In this context, today’s spurt of technological innovation – aka the digital revolution – ought to be good news, brewing up a healthy tailwind by generating new markets and industries that create more value and more jobs than the ones they displace and destroy, as has happened in the past.

But technology doesn’t do that on its own. It needs to be supplemented by human, social and infrastructural capital. Which is why economists always prescribe accompanying measures to free up the supply side: boost educational qualifications, increase lending to small firms, and upgrade the institutional and physical infrastructure, the argument runs, and productivity and jobs will look after themselves.

This time round, though, those positive outcomes are in doubt. Neither productivity nor employment are responding to the levers that worked in the past. Since 2008, productivity growth in the UK has been non-existent, while investment spending has been weak and focused on cost-cutting and efficiency improvements rather than on creating new industries and markets, as in the past.

In these conditions, supply-side measures have all the effect of pushing on a piece of string. To understand why, we need to look at what’s happening at the other end: what companies make of the resources pushed their way.

From this perspective, one factor, curiously ignored by most economists, stands out – the motivations of the executives who sign off corporate capital investment decisions.

Bill Lazonick, one of the rare economists who have addressed this issue, argues that, up until the 1980s, corporate executives operated an allocation policy that he terms ‘retain and reinvest’, under which profits are ploughed back into the business, to the benefit of all stakeholders.

From then on, though, changes in governance, and above all how managers are paid, ushered in a decisive shift of emphasis. Incentivised with share options and allocations (now amounting to 83% of total top executive pay, according to City economist Andrew Smithers, who tells a similar story for the UK) to behave like shareholders, managers did just that.

From ‘retain and reinvest’, they moved to ‘downsize and distribute’, a strategy designed to privilege shareholders (including themselves) by investing in efficiencies and ‘disgorging’ profits to shareholders through dividends and share buybacks.

Lazonick calculates that, over the past 15 years, many large companies have paid out 90% or more of their profits in this way, leaving precious little for investment in job creation or human capital. Hence low productivity and wages; hence also relatively good employment quantity (but not quality), as employers prefer to respond to changing demand by using cheap labour rather than expensive machinery.

With previous management motivation, we might have expected the emergence, for example, of new knowledge-using industries based on voluntary sharing of personal information, with huge potential benefit for society. Instead, as with Uber, knowledge is too often used to strip-mine the value of existing jobs and shovel it to the few at the centre, or simply to turn consumers into products for the benefit of advertisers.

Productivity and jobs remain a management responsibility, but without public policy action to neutralise the perverse incentives that distort its investment decisions, digital could be the first great innovation wave that leaves us worse off.

The Luddites may have had a case after all.

Want to learn more about the global power of Google? Then why not attend the CMI seminar: Is Google God?