Why Western bosses should feast on ideas from the East 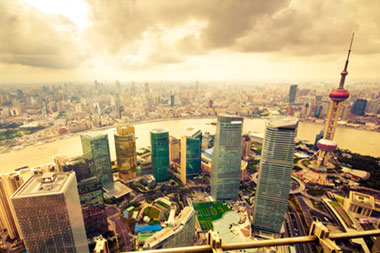 New thinking sees Asian management styles not as a challenge to overcome, but as a source of leadership inspiration

She wanted Michael Jenkins in Kuala Lumpur the next day. The trouble was he was in Singapore. Jenkins, now chief executive of leadership institute Roffey Park, took a call from a major client who demanded he meet her so she could give him some feedback. He looked at his diary and suggested next week. She asked him to take the next flight.

By now in a something of a sweat, Jenkins headed to the airport. Upon arrival, his client was there to welcome him. “Have you ever eaten fish cooked in coconut milk from the state of Terengganu?” she asked. Jenkins, baffled, admitted that he hadn’t. His client took him to a little kitchen in her high rise office and they ate the dish while perched on rickety stools. Once they had finished, she took Jenkins back to the meeting room. “Mike,” she said, “we are very happy with the programme.”

It is a moment that Jenkins is likely to keep with him forever, for it tells, by anecdote, a much greater story: run a business like a westerner in the Far East and you won’t get very far. Face-to-face contact and relationship-building is prized much more highly than here. “There’s an assumption in Malaysia that if your client wants something, you jump to it,” says Jenkins. “Even the most customer-focused westerner would find it a stretch.”

Jenkins knows all about cultural differences. Born and brought up in Malaysia, then England and Uganda, he speaks several languages, including Chinese and Japanese. He worked in Japan for Toyota before he moved into leadership consultancy. But instead of seeing differences between nations as an obstacle to be overcome, he prefers to draw lessons from them. He believes that too much focus in recent decades has been on Western approaches to leadership, and that a study of alternative methods can help inspire leaders – wherever they may be.

“I was asked to contribute to a ‘bookazine’ profiling the 50 leaders of all time,” he recalls. “As I read each name, I thought, ‘I’m not keen to write about that person because I don’t share their values.’ But then I reviewed the list, and I found three Asian leaders to talk about – partly because they are very different to their western counterparts.”

The trick, says Jenkins, is to see Asian leadership techniques as tools from which you can pick and choose, mix and match.

We are brought up to think like cricketers. The last ball is irrelevant – it’s in the past – focus entirely on the next one.

The past matters to the Japanese. “In a meeting between a Japanese company and a British company, it would be common for the Japanese to spend a great deal of the early part of the meeting tracking over the historical touch points between the two organisations,” says Jenkins. “But Brits will say ‘I’m only in Tokyo for three days, can we just get to the point? If you can stand listening to it all it will stand you in good stead, but if you say ‘look guys I haven’t got all day to talk about this, it’s history’, that will be seen as bad form.”

Think of the problems British people often face with US colleagues – whom they often perceive as too direct and urgent. “Somewhat controversially, I would say we are actually closer to the Japanese than the Americans,” says Jenkins. Recognise that reminding each other of the good past you share can build trust – and that makes for better business.

One sales manager recalls her frustration at trying to sell to Asia. She had to create a past. “It’s a very slow burner,” she says. “After three years they are still not booking anything, but now at least they are talking to us.”

“It is better to be first than best” – that is the view of Jules Goddard in the business guide Uncommon Sense, Common Nonsense. First mover advantage is so culturally ingrained in the US and Europe that few think to challenge it. You play white at chess, you go first, you are more likely to win.

Perhaps the Chinese prefer hold’em poker to chess. In the card game, going last is a massive advantage – you get to see how your opponent acts before you make your play.

In The Art of War Sun Tzu proposes playing a waiting game. “He suggested that being the first mover would not always be an advantage,” says Jenkins. “You let the first mover make the mistakes. Many Chinese companies have waited patiently to build up their expertise. Foreign companies in China are now suffering from that strategy.”

French cosmetics giant L’Oréal has recently withdrawn its shampoo, Garnier, from China, in the face of resurgent local competition. “It shows that Chinese competitors have done exactly what Sun Tzu would have proposed and played a waiting game,” says Jenkins.

Go in, find an opportunity, get it done. “We are very anxious to seal the deal,” says Jenkins.

Ask not what you are doing, but how you are doing it. The Western “go fast to go fast” model didn’t cover itself in glory. The race for the fast buck triggered the biggest financial crash of our time. Jenkins has spoken to two major banks in the West that are reappraising their approach to business, moving more slowly and sure-footedly, and focusing strongly on ethics. “I sense that with the positive signs of the economy in the UK,” says Jenkins, “now might be the time to ‘go slow to go fast’. We can reflect on how we have managed to survive the recession and ask what we need to do for the future.”

Charisma in a Western sense evokes images of a raconteur who can hold the room and has a joke and witty riposte for every occasion.

Charismatic leaders are those who can show staff the way, not just commercially and managerially, but ethically. “Role modelling is probably the most effective way to model ethical behaviour,” says Jenkins. “Giving everybody in an organisation ethics training is a very difficult task.”

“We need to recast charisma,” says Jenkins. “We are talking about the ability of someone to draw people to him or her.” Charisma can be nurtured, but cannot be taught – Jenkins recommends testing for this at the recruitment stage. Digital storytelling can be used to show potential recruits scenes focusing on ethical ideas, such as compassion, upon which they tell their potential employer how they made them feel. Jenkins cites a mental healthcare trust in Manchester, which has used this method successfully to screen candidates, ensuring they have the right ethical profile for the job.

We channel Jeremy Paxman: you have to answer the question even if you don’t know the answer, and you are not given time to think about it. Silence between Westerners is deeply uncomfortable.

People are given more time to form an answer, and are allowed to stay silent while they think about it. “If people are silent for some time the questioner may say, ‘Oh, we can go on to something else’, so no face is lost,” says Jenkins.

“Try allowing colleagues the time to fully form their thesis,” says Jenkins. Rushing people leads to poorer answers, weaker solutions. “To not allow thinking time is to the great detriment of the questioner and the person to whom they are asking the question,” he concludes.

The psychologist Tom Cottle created his Circle Test to ascertain how different cultures perceive time. He asked respondents from a range of nations to scale circles to represent how important the past, present and future were, and position them to demonstrate to what degree they saw them as interconnected.

The Japanese see time as highly interconnected, whereas the Americans see the past as entirely detached. The British see the past as relatively unimportant, yet strongly connected to the present. But they conceive the future as being barely attached at all to either the present or the past.