Can we spot the anatomy of a leader? 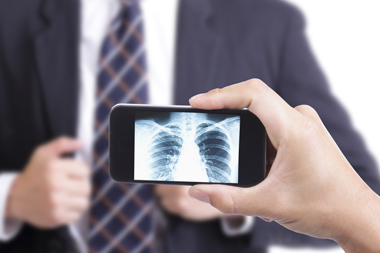 Everyone knows first impressions count, but just how significant are physical attributes when it comes to strong leadership styles? Research shows there's a long way to go before our preconceptions of what a leader looks like can be defied

“Why do we love tall men?” Malcolm Gladwell asks in his book Blink, an investigation into the psychological forces associated with first impressions. On the face of it, such a banal question may seem a little irrelevant in the context of professional relationships. What has a general appreciation for towering men got to do with leadership, management, success – or even bosses' failures at inspiring women in the workplace?

That is just the point: it shouldn’t have anything to do with it. But it does. Of course, there is no scientific evidence of the correlation between height and intelligence, or height and the ability to lead people. Yet tall people are massively overrepresented in leadership roles. Similarly, other illogical preferences on hair colour, weight and facial features have nestled into our subconsciousness through societal, cultural and historical channels, and continue to affect the decisions we make and the leaders we turn to. How come red hair is four times more common among chief executives than the general population? And why is it preferred for women to be underweight and men to be slightly on the heavy side?

These patterns are so consistent that when scientists from the University of Kent interviewed 200 managers they found there was agreement on the preferred looks of female and male managers, down to specifics such as the forehead size of men and the eye width of women.

When it comes to gender, the fact that only 4% of the UK’s FTSE 100 companies have a female chief executive remains testament to just how difficult it is for us to challenge our stereotypes about leadership. Dr Karen Croshaw, bid manager at training body Pearson in Practice, has a solid educational and vocational background in her field, but has previously been asked to underplay her competencies to avoid intimidating her male colleagues: “I feel under pressure to act like a man, dress like a man and talk like a man to make them feel comfortable around me,” she says. Amid greater calls for bosses to focus on inspiring women, this seems alarming regressive and and an endemic problem in many facets of business.

We seem to associate the effectiveness of leaders with certain personality traits, which are in turn assumed as a consequence of their looks. And recent research from the Journal of Leadership & Organizational Studies suggests it goes further – in tests, people were able to fairly accurately predict someone’s personality from a picture of them. This suggests that our preconceptions of what a leader looks like are so ingrained that leaders adopt the personality that their peers project on to them.

But this can be overcome. And there are convincing arguments for why we need to confront and overhaul our stereotypes. Narinder Uppal, director of awarding body and international development at CMI, reaffirms that there are structural inequalities in the workplace, and our expectations and prejudices of what a typical leader should look like make these patterns hard to break. But there are ways of overcoming them. “It does take time to break through and you need to use all the support and resources available to you,” she says. “I am an Asian woman who has successfully broken through and become part of an executive leadership team – but there is still work to be done.”

Research shows that diverse teams are better at innovation, problem solving and creating new business opportunities. Global business demands a workforce that reflects the diversity of its customers, and companies that have actively worked towards promoting diversity report a higher growth rate. “People from different backgrounds can bring something else to the table, and they have an understanding of how different cultures work,” says Uppal. “In a largely international business climate, these insights are valuable. Being able to relate to different people is one of the most important skills of a good leader.

Very slim Weighing 25lbs below average is worth over £250,000 over a female leader's career

Gender The Independent’s 2010 survey of the UK’s top 100 companies found that out of 329 executive directors, only 20 were women. They also reported that women made up more than a third of directors in only three companies and a fifth of the 100 companies have no female representation at board level at all. Research by accountancy firm Grant Thornton last year found that only 3% of privately held businesses are led by a female chief executive. The average across the European Union is 10%.

Face According to scientists from the University of Kent who interviewed 200 managers to determine what they deemed were necessary features of a future leader, certain characteristics are preferred for male as well as female managers. The study found that male managers with a pronounced brow and forehead are favoured, as well as women with thin eyebrows, wider eyes and fuller lips.

Height The author Malcolm Gladwell has found that a man’s height often plays a major role in determining his chances of becoming a corporate leader. Studying chief executives of major US corporates, he found that 58% were over six feet, despite only 15% of the male population being at least that tall. To an extent, the taller the better. Some 30% of the chief executives were 6ft 2in or taller, despite only 4% of the general male population being so.

Ethnicity Findings from study “The White Standard” presented in the Journal of Applied Psychology in 2008, confirmed that racial biases shape the selection of leaders. They found that “being white” was a perceived attribute of the business leader archetype, and the participants also evaluated white leaders as more effective in their roles, but only when these leaders were viewed as responsible for an organisation’s success. A report from Race for Opportunity found that although one in 15 managers in 2007 were from an ethnic minority, the ratio of ethnic minorities in the UK population is one in 10 – showing that ethnic minorities are underrepresented.

Weight In 2010, researchers Timothy Judge and Daniel Cable found that, all other things being equal, a woman of average weight earns $389,300 less across her career than a woman who is 25lbs below the average. For men, however, bigger is better. All else equal, a man who is 25lbs below average weight is predicted to earn $210,925 less across his career than his average-weight colleague. Men are rewarded for gaining weight until obesity.

Hair colour Margaret B Takeda, Marilyn M Helms and Natalia Romanova investigated hair colour stereotyping among chief executives in the UK in a study from 2007. Comparing the hair colours of the top 500 members of the London FTSE with statistics of hair colour among the general population, they found a dramatic overrepresentation of chief executives with red hair and an underrepresentation of blonds. Among the population at large, 25% have blond hair and 1% have red hair, yet 4% of the 500 chief executives had red hair and only 5% were blond. The authors found that historical stereotypes of blonds as incompetent and likeable, and redheads as competent and fierce, were affirmed in their sample. Overall, brown was the predominant (and seemingly preferred) hair colour of chief executives in the FTSE top 500, but this runs in line with the population at large.

Yellow alert: Blondness is a disadvantage