Internovation: Inspirational tales of interns who grew to greatness 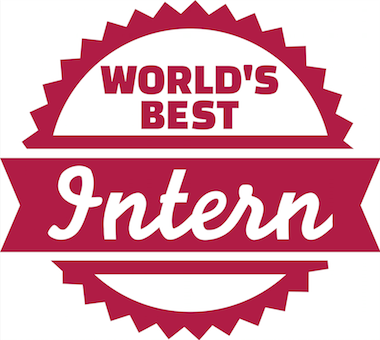 Once they were irritants, consigned to meaningless summer tasks. These days, your interns might become your best ever hires

It’s summer intern season, that special time of year when, all around the world, multi-thousands of employees’ nieces, nephews, partners and cousins present themselves for service at (often) unsuspecting employers.

Traditionally, the results have been mixed. Interns, hopeful of a constructive immersion in the new norms of the workplace, often found themselves tasked with fatuous “research projects” that stood zero chance of reaching their boss’s attention, let alone the light of day.

But employers’ attitudes are changing. Increasingly, these ardent youngsters are being seen seen as a rare window onto a new world. They may look fresh-faced, but interns are often the most technically advanced and gifted people in the building. Incumbent employees marvel at their swift grasp of technology, their easy facility with social media. No longer the irritant outcasts; these days interns are the smartest guys in the room.

There’s a great episode of the BBC’s  comedy series W1A when the hapless intern Will Humphries saves his bosses’ skin by knowing French tennis ace Jo-Wilfried Tsonga. You just never know who and what the intern might know...

If you want to understand the value that some organisations place on intern recruitment, take a look at these salaries paid to US interns.

Still not convinced? Consider some of these interns who went on to greatness…

So before you consign your summer interns off to some meaningless back-of-beyond task, try asking them what they’re good at?

It might be the most fruitful conversation you have all year.

For more information or to request interviews, contact CMI's Press Team on 020 7421 2705 or email [email protected]