Size zero: Is this lean approach to business the future? 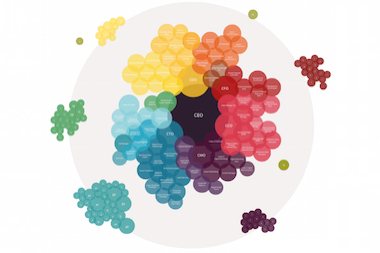 At the end of 2013, Philip Letts moved his AIM-listed technology business, blur Group, from London to Devon. In the process, the entrepreneur saved almost £200,000 a year on rent, and secured his company a prime position on the new Exeter Science Park.

All very sensible, but there’s more to this story than a well-executed relocation. For Letts’ company is, in many ways, a laboratory for how business will be conducted in the future.

Every aspect of blur Group’s operations is scrutinised for maximum efficiency: its location, its employee-to-subcontractor ratio, revenue per head, its IT infrastructure (all cloud, rather than server-based), individual customer profitability... No one has a personal assistant, and taking taxis is strictly verboten.

Blur Group’s own business is about creating an automated platform for the purchase of B2B services such as marketing and design – an eBay for the service economy.

Letts is a student of business as well as a successful practitioner, so he’s written Doing More with Less: A Guide to the Size Zero Enterprise to share learnings about blur’s ruthless pursuit of efficiency and his own management approach. Typically, it’s a small, economical publication, produced through a cloud-based publishing app and printed overseas. 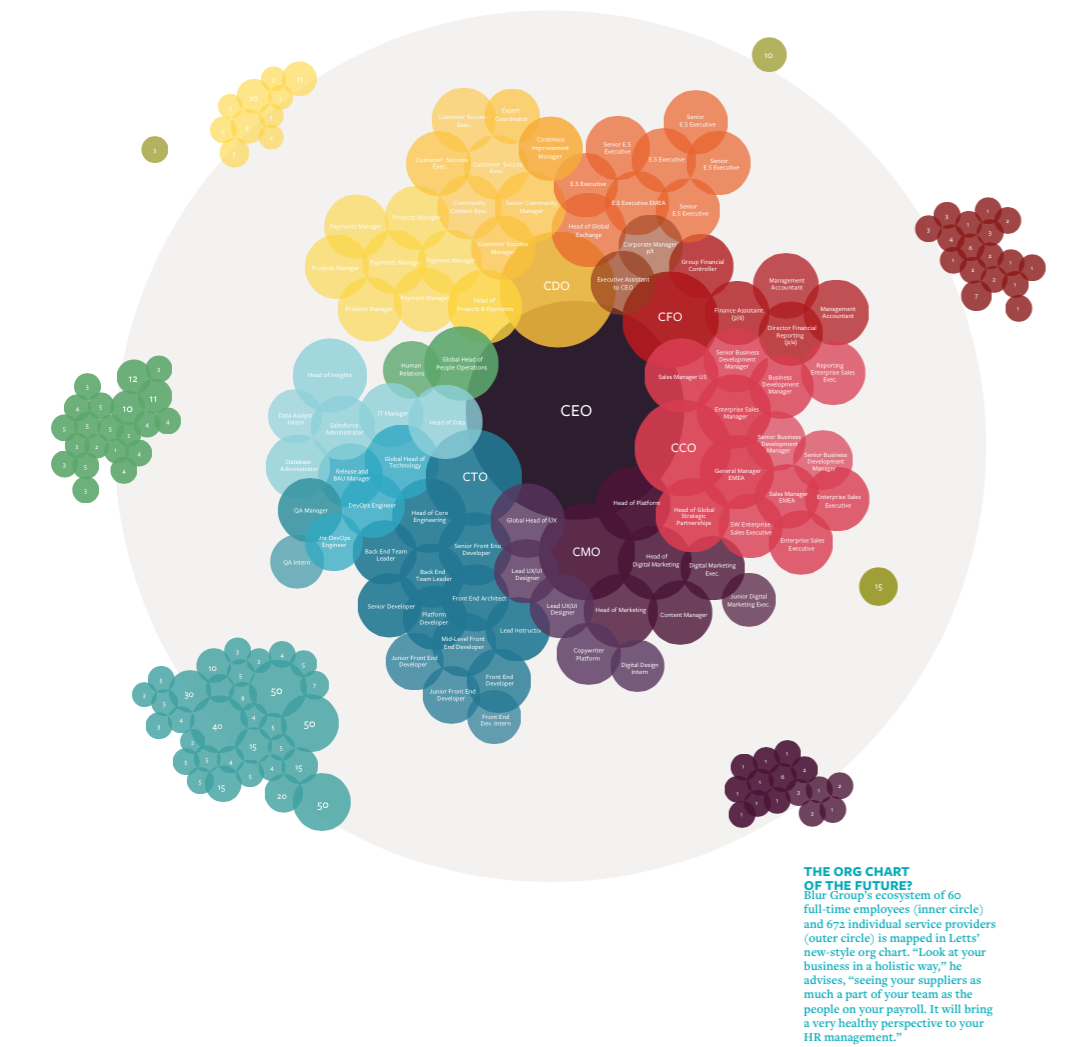 Letts’ ultimate role model is Amazon, “who realised from inception that the value of a retail business was not in its stores, but in its ability to manage inventory”. As a result, Letts points out, “Amazon’s revenue per employee hit $855,000 [£560,000] last year compared to a store-based operation like Gap, which managed a mere $108,403 [£71,000].”

Other Letts heroes include Ryanair, Foxconn and Nike – hardly warm and cuddly employers, but extraordinarily efficient in supply chain management and utterly focused on the difference between core and non-core activities.

Talking to Letts (inevitably via a cloud videoconferencing tool), he admits that his analysis of the future is unsettling, but his logic is persuasive.

“Our mission is to bring machine learning to the service industries, and the reality is that machine learning isn’t going to get less intelligent. Automation is going to displace jobs in many sectors, but, the thing is, this is the way things are going – you can’t stop it.”

Oxford academics Dr Carl Benedikt Frey and Prof Michael A Osborne predict that over the next 20 years, the US will lose nearly half of its workforce to automation, so it’s up to governments to think about where human labour will be best deployed, says Letts. “The world in 2050 will be bloody different.”

Within his own company, Letts operates a one-to-ten rule: the ratio of full-time employees to the total ecosystem of service providers must always be one-to-ten. This begs an intriguing question: in which areas do full-time staff add real value?

In the future, says Letts, leaders will have to learn to manage loose ecosystems, not just direct reports.

Some will find Letts’ analysis of future business too brutally reductive. Where is the space for camaraderie and warmth in his vision of business, they’ll ask. Won’t ‘size zero’ enterprises just be empty, etiolated husks, devoid of instinct and human creativity?

In person, Letts is actually loud and gregarious, though he’s probably a hard taskmaster, and working for a boss who’s always wondering whether a machine could do your job better must be anxiety-inducing.

But there’s something undeniable about his thinking. The challenge is for us, as humans, to innovate within a new, automated world; to put flesh on the size zero frame.

For more information or to request interviews, contact CMI's Press Team on 020 7421 2705 or email [email protected]