The five cornerstones of the Queen’s longevity 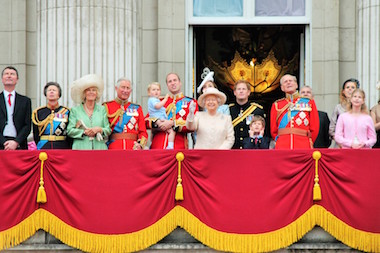 It takes a special kind of leadership to last in a job for 63 years. Here’s how the Queen stayed relevant in a world of bewildering change

The Queen has just hit a historical milestone in becoming the longest reigning British monarch, a position previously held by her great-great grandmother Queen Victoria.

In her role as the head of Britain’s largest family firm for more than 63 years, she has overseen dramatic changes in how the monarchy is run; her leadership style has evolved in tune with the times.

Evolve into a chairman

Although challenging at times, the Queen has always tried to maintain the stability of the family firm, which has meant sharing certain responsibilities to other members of the Royal team and evolving into a role akin to chairman. Taking on a more collaborative and leadership role, we’ve seen her leverage the strengths and skills of other family members, as well as empowering them to take ownership of their duties, and continue to forge connections globally. Business leaders can learn from this approach in how they improve the profitability of their own organisations.

As with any boss who has been at the top for many years, the Queen’s strategy and vision has had to evolve as the views of her stakeholders – the UK general public – have changed. She’s worked hard to stay relevant as leader of an ancient institution in modern times.

Increasing transparency in the Queen’s Christmas speech – or the firm’s “annual statement” – has also been an important development. Acknowledging her “annus horribilis” and other challenges to the monarchy has helped win favour and empathy among key stakeholders, as well those political and media commentators who hold sway over reputation. This also holds true in other areas, such as the Royal family voluntarily opening itself up to greater financial scrutiny from Parliament and the Queen agreeing to meet the bulk of family expenses from the firm’s own inherited income.

Stay close to all areas of your business

The enduring success of the Commonwealth is testament to its figurehead’s ability to innovate. While all members of the Royal family have pitched in by maintaining links with the firm’s global business prospects, the Queen has visited 116 countries during her reign in the interests of strengthening relationships. In her role as leader, she has steered an increasingly modern approach and ensured that the satellite branches of the organisation such as Canada and Australia remain content.

When it comes to financing the firm, the Queen has also explored alternative sources of revenue, opening up Buckingham Palace to the public to raise funds for repairs and ensuring other business leaders, including Prince Charles, volunteer to pay tax on their private incomes.

Finally, one of the greatest achievements of the Queen’s time at the top has been through the joint venture with the Middletons, launching the hugely successful brand “Wills & Kate”. By nurturing and sharing responsibilities with high-potential junior talent, the Queen has added value to the firm, with the success of two ‘Royal Baby’ campaigns crowning a highly successful rebrand. Such high-profile collaborations don’t just ensure the continuity of the firm, having diverse figureheads can, we reckon, drive double-digit profit and revenue growth for businesses.

Business leaders who want to ensure a long tenure can learn from the lessons the Queen has adopted during her reign. Sharing knowledge, encouraging new ways of working and enabling more cross-group collaboration will ultimately lead to stronger growth, happier stakeholders and a stable succession plan.