The typology of a procurement manager 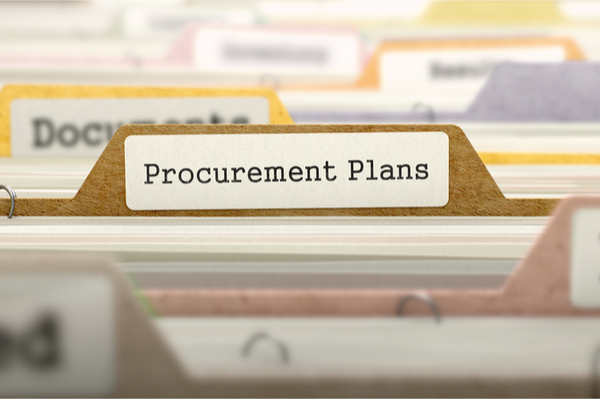 There are six types of procurement manager (but you can't put people into categories... not really)

There are, it is said, two types of people in this world: those who believe there are two types and those who do not. It is a dangerous business to talk of the typical anything because one is talking in generalities. It is equally problematic to come up with a typology of typical people, or a psychological profile, because it can be just too over-simplistic.

But typologies can help non-experts think about some of the people they meet and the characters they encounter.

History of the procurement manager

According to people working in the area, procurement managers come to their job via three routes:

Buyers: Often they start in the buying department and find themselves promoted to being in charge of all the purchasing.

Finance: Sometimes they are accountants or financial experts who took a particular interest in the area and found they were encouraged.

Administration and Human Resources: Sometimes those who showed a flair for setting up, running or repairing administrative systems found they were soon placed in procurement. Where people come from is important because it partly determines their style, their values and their outlook.

Strong needs and motives often determine the way people work just as much as their education and ability. The world of procurement is no exception. Consider three strong, often unconscious, motives and the type of procurement officers they may produce:

MOTIVATIONS AND TYPES TO LOOK OUT FOR

The centrality of the purchasing role means that managers can have great control over others.  It can produce many well-known types:

The Abominable No Man. This type tends to enjoy saying no, especially to people of higher rank. Because the decision-making process lies with them, and is based on some secret formula, they can frustrate people considerably who may ultimately end up pleading for help. This can be very satisfying.

The Power-Mad Empire Builder. To centralise and expand procurement by stressing its central and crucial role is often the strategy of the power-hungry manager eager for greater things.

Buying large amounts of stuff requires much paperwork. You need to know where the money comes from, where it goes, whether people deliver, what breaks down etc. The accountant, the lawyer and the efficient procurement manager knows you need good systems that track and record all this... thoroughly, rigorously and carefully. So you end up with:

The Bean-Counting Bureaucrat. Those who like certainty set up systems. Adherents say they bring logic, order and stability. But opponents say they introduce infuriating and inflexible administration, marked by rigid attention to rules and procedures. It has been said that the perfect bureaucrat is one who avoids decisions and escapes all responsibility. Bureaucracy tends to defend the status quo, long after the quo has lost its status.

The Audit Trailer. These people were too nasty to be traffic wardens and tax inspectors so ended up in procurement. Their joy is in being the punishing detective – they follow paper trails and enjoy humiliating all those who did not follow the rules of form-filling correctly.

Buying and acquiring stuff can be huge fun. It is about negotiation and bluff; about beating the others down; about winning. So you get:

The Techno-Whizz-Kid. They see the future and embrace it. They find the electronic revolution exciting and scorn all those who ignore it. They believe they know how to operate in the new e-world and will be winners.

The Wheeler-Dealer. These can have the appearance of the ‘Del Boy’ syndrome. They love the cut and thrust – of negotiation, of finding new suppliers, of going global. Procurement brings fun and excitement in large measure for these people.

The six types are not exhaustive, nor terribly serious: it can be huge fun doing these typologies. Are they of any use? Typologies are potentially more dangerous than helpful.

There are many popular books on management and leadership types. They frequently cover how to identify individuals who may be difficult to work with. The advice given is usually sensible. However, typologies seem to miss out the important issue of aetiology (origin). This concerns whether great managers are ‘born’ or ‘made’, and the interaction between their natural qualities and the influence of their training and development.