Bullying: What to do if the bully is your boss? 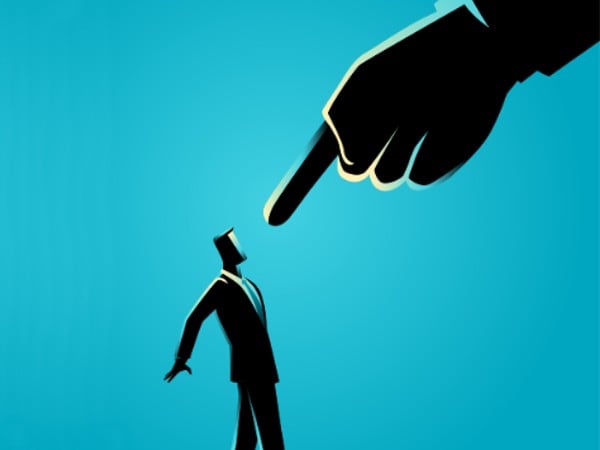 Bullying at work is so complex. It comes in many forms. It can start small, and it can be difficult to know at what stage you should start to tackle it. It is not uncommon for someone to be bullied within an organisation for several years before something is done.

A toxic culture which accepts bullying as a way for those in power to stay at the top is still very much part of City life in particular. Furthermore, people being bullied out of their job so that the company can avoid paying a redundancy package is worryingly becoming increasingly common practise.

The impact of bullying is rarely transitory and can have a long lasting effect on self-confidence, self-esteem, our ability to function, as well as our physical and mental health. Bullied employees are likely to perform at a lower standard, have diminished concentration, decreased productivity, and feel unable to make decisions. These employees lose further time at work thinking up ways to defend themselves, planning how to deal with future run-ins, avoiding the bully, networking for support, ruminating over past confrontations and logging evidence. The effects don’t just go away at the end of the workday and can go on to affect the whole family.

Every business should have a bullying policy and procedure in place to tackle instances of bullying behaviour. But sometimes it might not be as effective as it should: “I know of an incident where a man was being bullied by his female manager at work,” explains Thom Dennis, CEO of conflict resolution and culture integration specialists Serenity in Leadership. “He was told his job was at risk and that he should prioritise his work over his wife’s when he attempted to work one day at home pre-pandemic when his disabled son was ill. When he told the HR representative, she dismissed his concerns by telling him to smooth things out with his boss and apologise to her.”

So how can you deal with bullying if the bully is your boss or someone in HR – the very people you have been told to report complaints to?

Know the signs of bullying and tell someone

Take a deep breath and have that incredibly courageous conversation with someone that you trust. Recognising you are being bullied and talking about it is a good way to start to work through it.

“Part of the potency of bullying comes from the isolation and self-doubt it creates,” says Thom, whose earlier life experiences have made him passionate about addressing all the issues around bullying. “Don’t be alone through this, and if you’re disbelieved, find a friend who will listen, care and believe. Don’t doubt your sanity.”

If possible, try to talk to the person who is bullying you

Those who are being bullied know that talking about it can make it better but can sometimes also make it worse. There are different levels of bullying, and while all are unacceptable, problems can sometimes start with a miscommunication or misunderstanding, like sending an email with the wrong tone. If the issue is not brought out into the open, the situation can fester.

During the conversation try to stay as factual as possible, reporting actual instances that occurred while explaining how this behaviour makes you feel.

If you postpone a difficult conversation, the situation will get far worse later on down the line, potentially going beyond resolution.

If you don’t feel comfortable talking face to face with the bully, or you have tried and it hasn’t worked, it is wise to start documenting everything that ensues during your interactions with them. It provides you with a concrete timeline and ensures you have an accurate account of everything that has happened.

Save emails, log encounters and take screenshots of messages. Make a note of what was said or done, the date, time and location, and if there were any witnesses who might be willing to support your evidence. “So many reporting systems are ineffective, so you need to make a record of what has transpired even if there is no written evidence,” says Thom. “[Also] notice if other people are experiencing the same because there is strength in numbers,” he adds.

Be aware that by concentrating on a ‘little black book’ with evidence about your experiences, there is a danger of not addressing bullying early on and losing the potential to deal with it before there is no way back.

Harassment is considered unlawful under the Equality Act 2010, while bullying sadly is not – but that does not make it acceptable. “They are very similar – they both intimidate, often include aggressive pressure and offend,” explains Thom. “Typically harassment has more to do with the individual’s characteristics (ie, sexual orientation, age or race) and is defined in law whereas bullying is just action targeted towards an individual.”

Find out what your workplace policy is for reporting and handling bullying. Your organisation should have a strong policy and procedures in place to deal with this professionally and safely. Most larger businesses will have a framework and a safe process to manage bullying complaints, but that protocol won’t work if the bully is part of the safe space.

Share your concerns with someone else senior at work who you trust and can follow the protocol that should be in place to support you. However, this can be especially difficult if you work in a small business and there is no one else to go to. People in this position are more likely to see no alternative but to leave the company.

“Know you have options – you can also leave,” says Thom. “Of course you shouldn’t have to but sometimes it helps to have the knowledge that you also hold some of the power.”

If this is the case, you may want to consider a legal claim against your employer.

Ultimately, “your employer is responsible for creating and keeping a safe workplace, free from bullying, intimidation, and harassment,” says Thom. “As employees we have the right to work in a safe environment.”

If you have experienced bullying or harassment at your workplace, you can contact Acas who can offer legal advice and support as well as the National Bullying Helpline. CMI members can also access free, anonymous counselling support via Kooth, the UK’s leading online mental health platform.

Jane Gunn is an internationally renowned mediator and conflict specialist.

This webinar focuses on virtual presentation skills including, how to capture and retain your remote audience’s attention.

Do you have the skills to succeed in today’s volatile environment? We take a closer look at core tools you need

CMI Hong Kong: updates from the board

CMI Hong Kong updates us on areas of interest – including new methods of virtual teaching, new partnerships, and more!