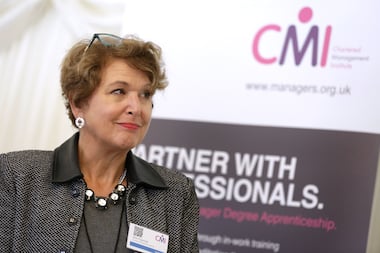 By 5 April 2019, all organisations with over 250 employees will have to report their gender pay gap. This is the second year of reporting, and early comparisons make for mixed reading. BBC analysis of the ten per cent of firms that have submitted their figures before the deadline – just over a thousand companies – shows the median pay gap has narrowed slightly. The gender pay gap is now ‘only’ 8.4%, down from 9.7% last year. New CMI research with XpertHR also shows that female managers in 2018 experienced a mean gender pay gap (GPG) of 23% – around £8,500. The equivalent GPG for female managers in 2017 was 27%.

However, in four out of ten private companies, it is actually getting worse. Almost three-quarters of companies still pay men more than women. If this trend continues as more reports are published, observers will rightly be disappointed. Just a month after the country marks International Women’s Day (IWD), some may feel that lofty rhetoric is masking inaction.

The theme of IWD this year is #BalanceForBetter. I think this is a great theme to focus on right now. Just like walking the high wire, balance within companies and within teams is the key to success. Research shows that gender-balanced teams deal better with ambiguity and risk, make more effective decisions, and are more resilient under pressure. Ensuring that women are represented across your teams, alongside BAME colleagues and those from different backgrounds, ultimately improves that team’s performance.

More widely, the business case for gender balance is even more difficult to ignore. McKinsey estimates that implementing gender equality would add £150bn to UK GDP in 2025 – a five per cent increase. Furthermore, companies with gender parity are 22% more likely to outperform their competitors in terms of profitability.

So with all these great reasons to drive equality, what is holding companies back?

The Cause of the Gender Pay Gap

The key cause of the gender pay gap is the lack of women in leadership roles – the further up in an organisation you go, the fewer women you see. Globally, only about five per cent of CEOs are female – a number that has not moved in years. CMI analysis shows that women comprise over a quarter (27%) of the most senior leaders (CEOs, senior directors and directors), but make up nearly two thirds (59%) of managers in entry-level management roles. The main reason for this is that men are about 40% more likely to get promoted than women.

We’ve also found that less than ten per cent of women have proactive sponsors: senior people who will champion them and ensure they gain access to the top roles and opportunities. The lack of female leadership role models only serves to widen the confidence gap in women putting themselves forwards for promotion.

Workplace culture also has a huge role to play. Take flexible working. If it’s perceived as a ‘mummy track’ rather than something that benefits all – either women will refuse to use it, or will have to accept the stigma of (and perhaps internalise the idea) they’re being less committed than other colleagues. On the flipside, if men are afraid to take paternity leave within your organisation, out of a similar fear of being ‘written off’, then clearly workplace culture has made your parental leave policy misfire.

Read more: how to create an effective sponsorship scheme

So what is the solution? Taking gender pay reporting requirements seriously sends a clear message to your organisation: gender equality is a priority of the company’s leaders and will be scrutinised going forwards. And it’s not only companies that need to drive this, Government also has a role to play.

Transparency in pay gap reporting is only the first step. Like a good high-wire act, there need to be consequences; spectators need to suspend their belief in the safety net. If companies' gender reporting unearths failures, they should not expect a soft landing cushioned by Government inaction.

This means requiring firms to have real objectives for closing the pay gap and to set action plans which address these objectives, and taking meaningful action against those that don’t. At CMI, we refer to this as ‘transparency with teeth’. For example, we are currently exploring whether the FRC’s Code on diversity reporting could be made mandatory. The Code requires companies to set out the board’s policy on diversity including gender, any measurable objectives that it has set for implementing the policy, and progress on achieving those objectives. Firms failing to comply would find themselves facing fines and consequences from the appropriate regulator.

On IWD 2019, we should not forget the progression that has been hard won. If four in ten are going backwards, that means six in ten are either better off or no worse off. But if we are to truly close the gender pay gap in the UK in less than the 60-odd years now predicted, the Government may need to get serious about bringing those companies comfortable with reporting a lack of balance year after year down to earth with a bump. 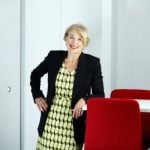 Ann Francke is the CEO of the Chartered Management Institute