Has video killed the printed CV? 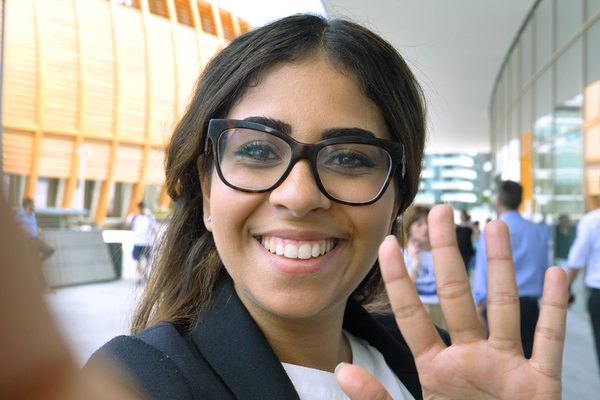 Though technology has moved on in leaps and bounds since 2004, when The New York Times reported on how “A Powerful Résumé Speaks To an Employer. Grins, Too”, the all-speaking, all-grinning video CV has not hit the mainstream as hard as some might have predicted back then. But with virtual recruiting growing in popularity since the pandemic first forced businesses’ hands two years ago (a recent study by recruitment provider Celio found that 65% of companies have extended offers to candidates without having met them in person) – could now be its time to shine?

Taranjeet Singh CMgr CCMI is chief executive of Quantum Steppe Advisory and chair of the regional board of CMI Malaysia – where the trend towards video CVs is taking off. He believes a “trust” deficit is behind the popularity of video CVs; a list of achievements written on a traditional CV may not always be 100% trustworthy. In those circumstances, it’s all too easy for recruiters and businesses to hire the wrong person for the job.

That’s where video CVs – or “videomes” as Taranjeet calls them – can come into play. With video CVs, recruiters can get a better sense of the candidate and what they would be like to work with, rather than just a list of achievements. For candidates, it’s also an opportunity for them to stand out. The trend is not just happening in Malaysia: last year LinkedIn enabled its users to upload short videos about themselves to their profile page; similarly, according to the BBC, TikTok has run a trial in which its users can send video CVs directly to potential employers. Taranjeet sees it playing out more and more across south-east Asia – you have tonnes of people applying for limited work.

If you are already registered as a CMI Friend, Subscriber or Member, just login to view this article.

Login below to confirm your details and access this article.

Not yet a Member, Subscriber or Friend? Register as a CMI Friend for free, and get access to this and many other exclusive resources, as well as weekly updates straight to your inbox.

You have successfully registered

As a CMI Friend, you now have access to whole range of CMI Friendship benefits.

Please login to the left to confirm your registration and access the article.