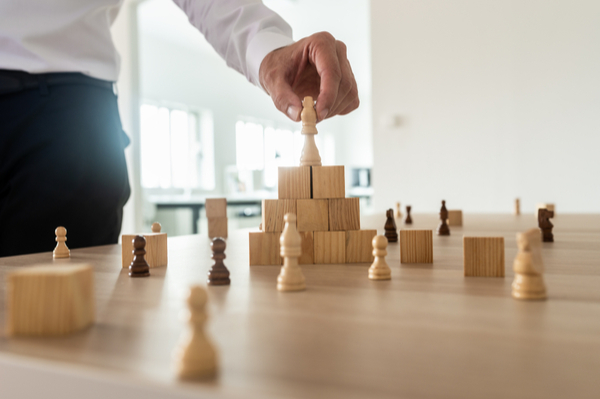 When it comes to management, some of the most successful techniques go against traditional ideas, as we’ve learned from previous CMI Insights posts. Here are more five more thought-provoking ideas.

The worst mistake a new manager can make is to assume everyone else is like them. Obsessing about fairness, says the psychologist and Workforce Science founder Bill Erickson, gets in the way of truly great management. Instead, he says, managers should focus on one powerful word: individualise.

Think about the different ways in which people like to be recognised, he says. Some people crave public recognition, trophies and applause; for others, that might be excruciating. People need to be recognised in a way that suits them.

He recalls meeting the renowned coach John Wooden, who told him that “the worst form of discrimination is treating everyone the same”.

As Erickson says in a great interview on the LEADx platform: “My advice is to individualise. Talk to your people but, more importantly, listen to your people. Learn their hot buttons. Write them down. Take notes.”

French president Emmanuel Macron is the darling of modern centre-left politics, but he’s no fan of modern approaches to management.

In particular, the former investment banker has no time for flat management structures.

Responding to criticism that his policies as president are dictated by a small coterie of advisers, Macron told the French literary journal La Nouvelle Revue Française: “I make absolutely no apology for the verticality of power. I am proud of the choices that are being made, and I hate the process that means you have to constantly explain the reasoning behind a decision.”

Macron’s rationale is that his change agenda is urgent and cannot be delayed by unnecessary bureaucracy. But, as history teaches us, French voters can easily turn away from leaders they perceive as arrogant and out of touch.

As the pressures of work mount, it’s tempting to draw a firm line between professional and home life. Pinky Lilani is a successful entrepreneur who thinks differently. For many years, the founder of the Women of the Future programme has regularly invited colleagues and business partners into her home to share her family life and sample her wonderful home-made curries. “Over the years, I’ve seen how simple gestures like this are reciprocated; how doors leading to new opportunities are opened without ever needing to ask,” she says. This year, she’s taken her unusual approach to business a stage further by launching the initiative ‘Kindness & Leadership: 50 Leading Lights’, which will recognise the UK’s 50 kindest business leaders: see kindness.womenofthefuture.co.uk

The world lost one of its great managers this year. Sergio Marchionne, who died in July, led the turnaround of the Italian automotive giant Fiat and then later, against all odds, completed a successful merger with Chrysler, the then bankrupt US carmaker.

Marchionne was famously simple, almost monastic, in his tastes – and particularly so when it came to dress. He once told reporters: “I prioritise in the morning. I made a decision to start wearing black sweaters and pants a long time ago, because otherwise I have to make a choice between spending three seconds deciding whether to wear a blue one or a black one, and I don’t want to spend the three seconds.

“It’s an allocation of time and resources. But it’s clear. I’m not confused. All my pants look the same; all my sweaters look the same. The shirts change; they’re all blue.

“But fundamentally my life is a lot easier. It takes me exactly a minute-and-a-half to get dressed in the morning.”

Organisations spend squillions on creating comfortable office environments. They might be better off sticking their people in darkened rooms.

In Stealing Fire: How Silicon Valley, the Navy SEALs, and Maverick Scientists Are Revolutionizing the Way We Live and Work, Steven Kotler and Jamie Wheal recount their time at The Mind Gym, the Navy SEAL training facility.

SEALs have for many years been put into sensory deprivation tanks – suspended in water in silence and total darkness, without any reference points – to help study how their consciousness responds.

More recently, however, auditory and content dimensions have been introduced, and the effect has been extraordinary. The SEALs have become ‘superlearners’.

Wheal has explained: “By combining deprivation tanks with next-generation biofeedback, these guys have been able to reduce a six-month cycle time in learning a foreign language down to six weeks.”

The implications for how we receive, retain and learn new content are extraordinary.