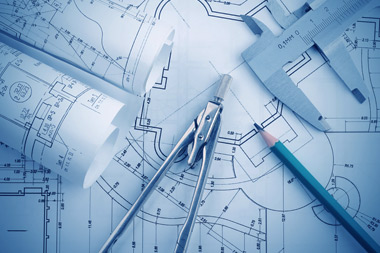 Controversy has erupted today over the publication of a regulatory report urging a go-ahead for the long-planned third runway at London Heathrow Airport – despite significant and irreversible social and environmental impacts that will affect the surrounding area. Officials at the Airports Commission backed the airport’s £17bn expansion, stating that it will provide a £150bn boost to UK GDP over 60 years, and add 70,000 new jobs to the economy.

The watchdog’s support for the megaproject comes with clauses, including a ban on night flights, legally binding caps on noise and air pollution and laws prohibiting entirely the build of a fourth runway. Nonetheless, critics have cited the potential demolition of 783 homes in neighbouring villages such as Harmondsworth as too high a price to pay, and environmental campaigners have cited Gatwick as a more credible candidate for a planning boost – claiming that the addition of a second runway there would produce lower noise and pollution effects.

It is now up to the government to make the multi-billion pound decision on whether to act on the Commission’s recommendation, five years after Prime Minister David Cameron rejected UK bosses’ calls for a Heathrow expansion. However, despite its £17bn price tag, the proposed runway is far from the most ambitious capital infrastructure on the blocks right now. Here are just six examples…

Effectively redrawing the map of Africa’s central and eastern regions, the Lamu Port Southern Sudan-Ethiopia Transport (LAPSSET) Corridor Project is a sweeping, intercontinental scheme aiming to sharpen infrastructure and improve the interconnection between neighbouring nations. While it has a slightly lower price tag than Heathrow’s third runway, LAPSSET’s geographical scale is vast, with a lead-time to match. Expected to be completed by 2040, the scheme encompasses seven components, including the 32-berth, Lamu Port Standard Gauge Railway line; a crude-oil pipeline and a clutch of new airports across Kenya, Ethiopia and South Sudan. Hopes are high that the megaproject will stimulate economic growth for nations such as Kenya within less than a decade of the finish date. As such, LAPSSET has received backing from the influential African Union (AU) Commission. (Source)

As one of China’s biggest-ever engineering projects, this scheme will consist of a 2,400km network of canals and underground passageways, designed to divert 44.8bn cubic metres of water per year from China’s south to its industrialised north. Despite the government’s claims that the construction will save China from a future water crisis, the project has drawn criticism for displacing more than 345,000 villagers and potentially depleting water resources in Southern China. The project has three sections: a 1,150km line between the lower Yangtze River and Tianjin; a further connection from Danjiangkou to Beijing, and a proposed western line – potentially linking the headwaters of the Yangtze and Yellow rivers across the Qinghai-Tibetan Plateau. (Source)

In another bold vision, China also plans to build the world's longest underwater tunnel, at a cost of more then £23bn. Designed to transport cars and other vehicles between the earthquake-prone port cities of Dalian in Liaoning province and Yantai in Shandong province, the tunnel is further evidence of the government’s intent to boost its infrastructure to support industry. Expected to be completed by 2020, the 123-kilometre route will drastically cut the current travel time between the two cities from about eight hours by ferry to just 40 minutes by car. Consisting of three tunnels built at least 30 metres below the seabed, the structure would surpass the combined length of its nearest competitors: Japan's Seikan Tunnel linking Honshu and Hokkaido and the Channel Tunnel between Britain and France. (Source)

Despite being two years behind schedule, the £3.35bn expansion of the Panama Canal is almost complete, with proposals already in the works for a second phase – set to cost a further £11bn. Phase One has centred upon the construction of a third set of locks on the Canal to accommodate the larger vessels used in modern shipping. Indeed, the Canal first opened in 1914, and had met its capacity at the turn of the century, resulting in long queues of ships at both the Atlantic and Pacific entrances. Phase Two is likely to introduce a fourth set of locks, which would make way for extra-large ships capable of carrying at least 20,000 containers.

Preliminary work has already begun on this hugely controversial project from Chinese businessman Wang Jing, which aims to rival the Panama Canal in its scale and level of business. Connecting the Pacific and Atlantic oceans via the Caribbean Sea, the scheme will provide for the build of a 173-mile canal, which the supportive Nicaraguan government hopes will transform the economic fortunes of the country – the second poorest in the Western Hemisphere after Haiti. However, environmentalists and scientists argue the canal would be a disaster for the ecosystem of Central America’s largest lake, as it would cut through nature reserves and attract all the pollution associated with high-traffic shipping. (Source)

After several, major hiccups – including the re-planning of the project from an onshore plant to a floating facility – the processing platform for natural gas extracted from the Browse Basin off the coast of Western Australia is set to commence construction by 2017. Involving three large production ships sited at the nearby Torosa, Brecknock and Calliance fields, the hulking structure will have access to an estimated 15.9 trillion cubic feet of dry gas. However, project organisers are under pressure to find buyers for the bumper resources, after the recent discovery of surplus gas in Asia, which experts predict will last until 2022 or 2023. (Source)