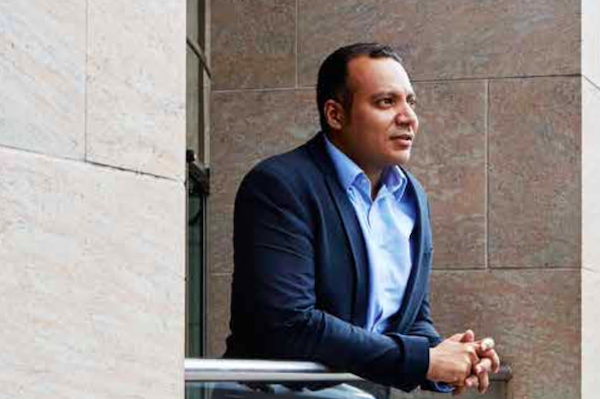 Basel Hammoda started his working life as a GP in his native Egypt. He was following in the family tradition by pursuing a career in medicine.

But Hammoda longed for something extra – he also craved a career in management. When, as part of that frontline medical experience, he began to witness serious management flaws, he knew it was time to act.

“The problems we are facing in the healthcare sector are mainly around poor management and system design,” says Hammoda. “We have a lot of well-qualified doctors, but the problem with the healthcare sector is that we don’t have enough professionally qualified managers, and that is what we are seeing in the NHS – a management problem rather than a lack of medical expertise.

“I have always had a passion to become a manager, and I wanted to help solve that problem in the healthcare sector.”

Hammoda enlisted for a master’s degree in healthcare management before travelling to the UK to study for an MBA, at which time he also joined CMI. It was the beginning of a fruitful partnership for the young doctor turned healthcare manager.

“I have always been interested in organisations like CMI,” he says. “I was a student member while doing my MBA, and once I finished that I explored other options that could boost my profile. I found the Chartered Manager accreditation and knew that was what
I wanted to do next.”

The process of becoming Chartered was relatively simple, requiring around three months of preparation before an interview with a CMI assessor.

“It was a very good reflective experience, and I learned a lot,” says Hammoda. “The good thing about the Chartered Manager accreditation is that it is not a quantitative process. It is more about exploring your qualities as a manager and what you bring to
the table.”

Managers are almost always target-focused, Hammoda observes – they’re looking to increase revenue, improve work processes or make cost savings. The Chartered Manager process made him reflect on a wider set of concerns: how he interacts with other people; how he could get them to work better for him and the company; how to get the best out of them; how to lead by example; and how to understand the importance of different stakeholders.

Having completed the Chartered Manager process, Hammoda works as a manager for Capgemini’s public services team. He sees his accreditation as an ongoing responsibility.

“Chartered Manager is a badge of honour,” he says. “It puts a lot of responsibility on my shoulders to act in a way that makes CMI proud. The code of ethics, code of conduct, the way you behave and interact with other people, and even how you compete in the market, are all important aspects of being a Chartered Manager.

“They all combine to make you a more ethical and competent manager.”

The biggest lesson he’s learned from the process is that professional development is a continuous process. “You have to continually improve your skills and capabilities,” he says. Hammoda is now starting a PhD.

Find out more about Hammoda’s journey and how you can make the move to Chartered Manager, here