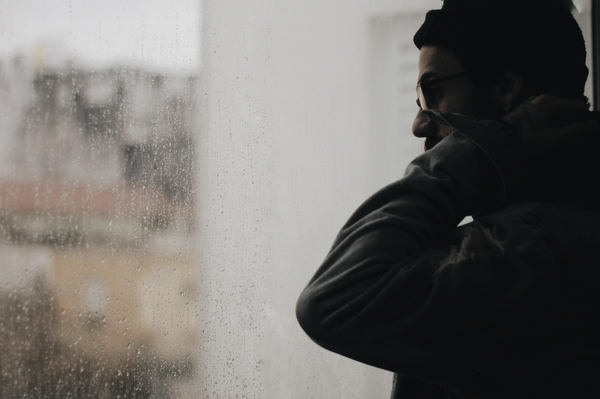 As a member of the senior leadership team at Child.org, a charity aimed at improving the lives of children in the developing world, Ellie Dawes had a hand in her own redundancy. It was clear, early on into lockdown, that the organisation didn’t have the money to pay all staff. The CEO asked all of the leaders, including Ellie, to come up with ‘worst case scenario’ plans of what the organisation would look like if it needed to be stripped back to a skeleton staff. “Your plans can’t include me,” the CEO told them. “We can’t afford a CEO’s salary.”

While Ellie had effectively volunteered for her own redundancy, she had been at the company for five years and was heavily involved in its rebranding and significant growth. It was hard not to take the situation personally. “It’s a small charity, so it’s like a family,” she explains. “At the same time, we were getting reports that mums were dying on our programmes because of Covid-19 restrictions. Work we’d fundraised for was being cancelled or reduced. Projects we wanted to launch this year were shelved. It wasn’t just our jobs, it was so many things that we thought that we’d achieved.”

While the redundancies saved the charity, and Ellie cared more for the welfare of the staff than her own situation, she still found the redundancy traumatic. “The idea of getting a job at another international development charity makes me feel a bit sick… Normally I’d be really looking for a new challenge, something big and bold, but at the moment, I feel like I want to find something easy where I know I can make an immediate positive impact.”

Redundancies are never easy but, as discussed in our previous article, they’re especially difficult at the moment. While managers and businesses have legal obligations when it comes to redundancy, that doesn’t necessarily cover the wellbeing of the staff going through the process.

“There are a number of ways that redundancy affects mental health, says Keiron Sparrowhawk, founder of MyCognition PRO, an NHS-approved app for cognitive fitness for the workforce. “People like to believe they have a purpose, and being in work gives many of us that purpose. Losing that purpose through redundancy is like grief; we have a sudden loss, a gap in our lives. We feel ‘less’ about ourselves as a result.”

Here are some ways in which you can look after your staff as you go through the redundancy process – and some examples of what not to do.

Mike* did not expect to be made redundant just before lockdown. None of his team did. The manager in charge of the entire department brought them all together to tell them the news. After that meeting, however, that manager was nowhere to be found. The redundancy process was left to individual line managers – all of whom were being made redundant themselves.

“In the first meeting, my line manager disappeared for part of it and when she came back, her makeup had run,” he explains. “She obviously didn’t know anything about it, and she was one below the director. She cared a lot about her job, so it was particularly hard for her.”

This, as should be clear, is not a great way of managing a redundancy process. In this case, staff members felt discarded, bitter and anxious.

Ellie’s team, in contrast, went out of their way to ensure staff were looked after throughout, increasing the length of the consultancy period, checking in with them regularly, and making sure they got the biggest settlements the organisation could afford. “It felt good to know that we were giving people the best possible chance.”

Although It’s Business, Remember It is Personal

Richard* was part of the management team at a fast-growing start-up, helping the business to scale in a way that attracted private equity investment. However, the new owners wanted growth to increase, so sent in one of their own managers to make cuts.

This new manager was blunt and not particularly pleasant to work with. Richard started to notice that people were suddenly disappearing from the office. One Friday, he was called into a meeting with the manager, told his role was no longer necessary, and told to pack up his things and go home. “It got my back up. I’d put blood, sweat and tears into the business for years. I worked with people who are practically family. I wasn’t going to slink out, never to be seen again.”

The whole situation escalated until Richard made a settlement directly with the CEO. It helped his case that the manager in question wasn’t following proper redundancy procedures, but he says that it was never about the money: “I wanted to leave with my head held high. I’d done all of this work and I wasn’t being fired for my performance.”

Throughout this, Richard was wondering whether he was doing the right thing and worrying about his financial situation.

“Redundancy means uncertainty,” says Keiron Sparrowhawk. “It means a loss of control, all of which adds to our anxiety, particularly if our salary supports our family and loved ones. We suddenly see the future as bleak and despairing.”

It’s Tough on Managers, Too

When Elizabeth* was in one of her first management roles at a food company, it closed one of its factories in Blackburn. As a young woman, the senior leadership team decided the blow would be softened coming from her. “I was sent, on my own, to explain the redundancy terms (which, from memory were either statutory minimum or not much more) to the individual people affected.”

The people she was making redundant had worked at the site all of their lives. They were also expecting bigger redundancy packages than they were going to get. “It was one of the worst things I’ve ever had to do.”

She doesn’t compare her situation to those who were made redundant, but she’s still wracked with guilt about it years later. “The people delivering the news of redundancy go through their own private trauma which is compounded by being the ‘villain’.”

If you’re going to manage the situation well, you need to keep your feelings out of the process, but make sure you manage them.

Redundancy Can Be Positive

Mike is now glad he was made redundant, as is Richard. Ellie is not at that point yet, but is taking on the advice of a friend who told her to remember her redundancy was a business decision, not a reflection on Ellie herself.

Kieron has been made redundant twice, and both times used them as opportunities to make career changes: “Redundancy gives you the time to reflect on the future you want. Take control of this.”

He advises managers to encourage staff to take time for themselves and make it clear that the decision has nothing to do with them or the work that they do. “Some of the best people have been made redundant. Don’t be afraid to tell people and ask for help.”

*Some names have been changed

If you’re a CMI member who has been made redundant, see how we can offer support to you during this time.

You can also access our Career Development Centre for advice on CVs, cover letters, and interview techniques.

If you found this article useful, why not get access all our Insights and more for as little as £5 a month? See our subscriber levels here.