the 6 different mindsets of leadership 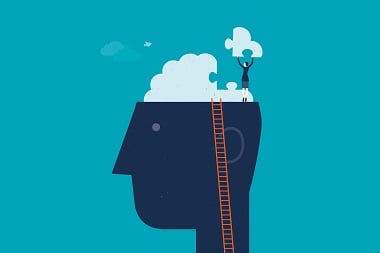 It’s 1898, the Golden Age of American industrial growth. After years of experimenting, a young engineer produces his first self-propelled vehicle: the Ford Quadricycle. He then improves the engine and power, and in 1903 his first automobile is ready for production.

Think again. To produce record sales of 300,000+ cars a year, the company’s structure was a military-style chain of command. Communication was top down, and line managers were like sergeants, wielding absolute power and authority.

Workers were kept in line by fear of physical punishment or losing their jobs for the slightest misdemeanour.

Ford’s methods would hardly be used – or even recognised – by a successful manager today. And leadership had existed for many thousands of years before Ford came along.

The concept of what leadership is (and is not) has changed radically over time and since 1968 over 77,000 books have been published on the topic. So today, what exactly is it?

Modern-day leaders are faced with a multiplicity of leadership theories, models and approaches about how to effectively lead. If you were asked to lead a team or an entire organisation, which one do you use?

Do you lead like the traditional patriarch of a family and only surround yourself with people you trust and know? Use the ‘stick approach’ suggested by old-style military leadership, to intimidate and physically dominate workers? Do you expect total loyalty, perfection and conformity to positional authority, as in IBM and Xerox in the 1970s? Motivate through the ‘carrot approach’ and reward the best performers as suggested by American success guru Ziz Zigler? Or maybe you consider everyone a leader, as in the egalitarian, social approach suggested by the new 21st century idea of conscious leadership?

The truth is that there is no leadership ‘magic bullet’ – but there is a way through the muddle of competing ideas; an evidence-based theory named Leadership Value Systems (LVS).

LVS draws on the entire developmental history of humans and business to clarify and resolve many of the dilemmas modern leaders face.

LVS is a way of understanding how humans adapt to increasingly complex life conditions. Value systems shape our cultures, societies, everyday life (including economics, politics, finance industry, etc.) and how we think about topics or solve problems.

LVS associates particular life conditions with particular leadership practices; it looks at the ways in which leaders have adapted their practices through history in order to effectively lead people and organisations in a changing competitive environment.

Understanding how value systems connect to specific industries, sectors and organisations helps modern leaders create strategies for sustaining high performance. It provides a framework for understanding what might – and might not – be successful in a particular context.

The LVS of an organisation, leader and ‘followers’ can be studied, analysed and measured.

There are various LVS at play in the business world. There are obvious differences between countries, and more subtle ones between organisations competing in the same sector.

For example, Apple and Microsoft, both American tech giants, have clearly differing cultures and leadership philosophies.

So too the UK retail giants Tesco and Waitrose.

LVS identifies six core leadership mindsets developed from the history of business, each rooted in different life conditions (see below).

LVS 1
In (B) life conditions, the dominant leadership philosophy is (O): traditional and kinship-based.

Leadership is a rite of passage and proof of worthiness. Leaders are associated with legends and wisdom. They are promoted to positions from within a core of semi-elites or blood relatives. They are concerned with maintaining group cohesion, values, customs and traditions.

Followers organise in a circle structure around the central patriarch in a demonstration of unity and for safety.

Elements of strong healthy leadership existed in Madiba (Nelson Mandela) from the South African Thembu tribe and in English family-owned businesses passed down through multiple generations.

In (C) life conditions, leaders emphasise the idea of power and conquest (P).

The individual with most power wins: this is the leadership of the Big Boss, expressed as superiority.

Leaders climb through the ranks overpowering everyone, and hold their position by intimidating and using heavy doses of discipline. Followers organise in a top-down chain of command.

Expression of these elements was normal during the U.S. and Western Europe industrial revolution.

Unhealthy leadership elements can be seen when organisations use sweatshops and child labour to produce mass goods, and when hedge funds traders pursue profit at any cost.

In (D) life conditions, following and living by the ‘master plan’ (Q) becomes a central idea. Leadership is an emotional call to serve and sacrifice for the cause or ultimate plan.

Leaders are born into a certain rank, class or status. They display patriotism, demand group discipline and have a sense of purpose.

Where (E) life conditions predominate, leaders maximise advantages and leverage competitive opportunities. Leadership emphasises an individual who is the ‘best of the best’ (R).

Leaders are the most competent and smartest, those who have developed a special competitive advantage over others.

Key elements of leadership include motivation through financial rewards or cash incentives and the idea of ‘winning’.

Followers organise in a formal management structure, but where positional authority is flexible depending on competency. This is the environment of the global corporation: Nestle, Microsoft, JP Morgan, BP and Dow Chemical.

In (F) life conditions, leaders act as a facilitator/collaborator (S).

Leadership is about being equal and bringing everyone together to deepen the human bond. Leaders encourage performance through fun, participation and community.

This leadership philosophy is rare in the modern world, where global dominance, competition and financial bottom lines rule, but is emerging among millennial thinking.

In (A’) life conditions, leaders aim to be functional and flexible (N’). Leadership is practical and leaders dip into the five other leadership philosophies to find whatever works with followers at the time, place and circumstances.

Followers are not really such. Everyone is ‘on the same page’, characterised by high levels of commitment; differences between people are expected and accepted.

Leading organisations and teams in the 21st century

Above, each LVS is described individually and as a stereotype; in the real world they mix and combine in interesting ways to form the bio-psycho-social DNA of everything from sports enterprises to business organisations.

Good leaders naturally apply LVS theory every day – albeit intuitively, rather than through formal frameworks or measurement. Good leaders understand subtle changes in the business environment and culture, and effectively work with the human element of their follower. Good leaders instinctively know which leadership styles, practices or tactics work for each of their followers.

However, as the pace of change increases, and the business environment becomes more complex, there is a need to improve the skill level of leaders from ‘good’ to ‘great’. Using LVS is an effective way of doing so.

It’s an inevitable part of business evolution that the bar for quality leadership rises every year. Darwin’s Principle states, “it’s not the species that is the strongest or more intelligent that survives – it’s who can effectively adapt to the environment”.

In this, LVS has proved that making the complex clear in order to adapt can be very powerful tool indeed.

John is Professor of Management Practice at the University of Bedfordshire. He is a Managing Partner at Grey Matter Global Ltd., a leadership consultancy dedicated helping leaders reduce complexity to delivery on critical strategic agendas

The new formula for corporate reputation

By demonstrating that you operate to metrics beyond profit and loss, you can build a new, deeper relationship with customers

“I can’t do this anymore” – What happens when we burn out?

Classified as an ‘occupational phenomenon’ by the World Health Organization, what actually happens when we burn out?

How to keep your head during a crisis

In a recent CMI webinar, David McLaughlin outlined the essential steps you must take in order to effectively manage a crisis

The information on this page is designed to help you to develop ever more compelling business proposals and presentations. Take a look at our selection of tools which could help support you.