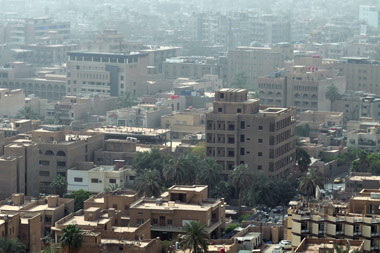 Amid one of the most sensitive global climates to have affected politics in recent times, the spotlight has turned to the decision making techniques that our leaders are employing

Major developments this week underline three of the most pressing issues in contemporary international relations. The shutting off of Russian gas supplies to the Ukraine is the latest in a series of developments to raise deeply concerning questions about the role of Russia in the world. The signing of a civil nuclear co-operation agreement with China is further testament to that country’s increasing economic importance. And the reopening of Britain’s diplomatic relations with Iran in an effort to address the crisis in northern Iraq highlights the troubling problem of religious extremism and instability in the Middle East. Three major issues to tackle – and no clear answer to any of them. No black and white, just a giant palette of grey.

Should Britain continue to trade with Russia? Should human rights concerns play a bigger role in our decisions to accept Chinese investment? Should there be military intervention in Iraq, and should we be allied with the Iranian regime? The complexity and moral ambiguity of issues like these lend themselves to two different leadership styles.

There is the Big Solution model: a definitive policy with a plan of action to deliver against it. Tony Blair’s conviction on the invasion of Iraq is an example of this. A decision the ex-prime minister sought to justify this week in the face of accusations that the invasion sowed the seeds for the current ISIS incursion. On many levels, this is an example of strong leadership. Blair’s determination won the sometimes reluctant support of the House of Commons – though many now claim to have been misled. David Cameron tried a similar approach in Syria and suffered humiliation. History as currently interpreted damns Blair for his fortitude, while forgetting Cameron’s failure.

Without a big-picture response, politics lends itself to a series of incremental reactions to circumstances. A trade deal here, a diplomatic alliance there, that add up to a response by the back door. Of course, the result could be entirely undesirable if viewed from the perspective of those starting out down this track, but chances are it will pass unnoticed – like the slowly warming water surrounding a soon to be doomed experimental frog. So while the end result of both approaches may be the same, the conviction leader will get the blame, while the pragmatist is simply part of an inevitable story. Or, as Blair remarked by way of tribute to that other conviction leader, Lady Thatcher, “when you decide, you divide”.

But surely, there are greater rewards as well as greater drawbacks for successful conviction leaders? Perhaps, but loss aversion comes into play.  Studies suggest that someone losing £10 loses more satisfaction than another gains from a £10 lottery win. Losses are worth about twice as much as gains in psychological terms. So conviction leaders have to be right twice as often as they are wrong in order to stay ahead. With no accepted view as to what right looks like, and no alternative history to compare against the chosen course, that’s a pretty much impossible task. Incremental approaches may not necessarily mean better outcomes – but they are far safer in political terms.

For more on tactical leadership approaches, find out about CMI’s Managing Strategy guidebook.