Harnessing support from Scotland and the regions will be crucial for galvanising the Labour leader’s grip on the party – and its electoral prospects, writes our guest columnist

Another week, another debacle for the Labour Party – this time in Scotland. After the resignation of Scottish Labour leader Johann Lamont last Friday, on Sunday a series of party bigwigs urged Ed Miliband to relinquish control of that branch of the party. With fresh blood coursing through the SNP in the form of Nicola Sturgeon’s leadership and its spirits high following the Scottish referendum (after all, 45% of a 90% turnout is nothing to be sniffed at), it is feared that the party could claim 15 Scottish seats at the next general election. With just a tiny lead in the polls (Labour’s 33% to the Conservatives’ 32%, according to latest YouGov polling), the situation for Miliband’s party is looking precarious – not just in Scotland, but across the whole of the UK. In essence, the Scottish issue could lose Labour the election.

This is a huge problem for Labour, especially as a significant chunk of the party’s philosophy and ethics is driven by the belief in a universal tax and welfare system throughout the entire UK. If the party loses the influence of its Scottish MPs in Westminster, huge constitutional issues will open up. Labour needs to meet this head on to prevent the chasm opening even wider. 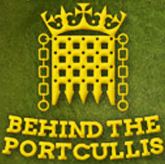 The SNP is clearly a formidable rival, and their vote is looking strong in Labour heartlands. But what lies beneath this is leadership.

Labour should not just fly in, gung-ho to reach the “safety line” of 35% support – that would risk crumbling the party and ignoring longer-term issues. What Labour needs is strong direction from the top. Now is the time for Ed Miliband to be leading an innovative response to the Scottish issue. The question now is… how?

There is a deeply ingrained myth in British leadership politics that leaders are able to “see” in a way that others can’t (rose-tinted worshippers of Churchill or Thatcher often take this view) or that they can “embody” an idea whose time has come (idealised views of Attlee, Wilson, Blair lean towards this). In these schools of thought, political leaders take on almost Cassandra-like, mythological roles, leading their parties, or even the country, towards some worthy challenge or idea. They become the superheroes of Westminster.

Of course, the problem all would-be superheroes face is that they will inevitably fall short. If something happens that you didn’t anticipate, your credibility suffers hugely. As David Hume said, “stercus accidit”. Being caught on the back foot is a catastrophe for leadership – as is not having an imaginative plan to keep the electorate, backbenchers and the party faithful engaged. Miliband now knows this all too well.

As with much of politics, handling internal party issues like this is a matter of walking the tightrope. Miliband must tread carefully between responding to the desire for greater autonomy from Scottish Labour, and not losing the credibility of the Labour Party and himself as leader.

The answer is take the initiative. Miliband should devolve power to the Scottish Labour Party. He needs to create a momentum on ideas and proposals to strengthen and sustain the party narrative and its support across the UK – but especially in Scotland, Wales and even Northern Ireland. These regions have significant influence in Westminster, and their small size means that such influence keeps the union healthy. The Labour Party must therefore both federalise and localise itself. The regions are important parts of the party’s heritage, and of course our heritage as the United Kingdom. Just like the SNP, Miliband must play on this emotional history to set himself apart as a strong, engaged and astute political leader in 2015.

John Gaffney is Professor of Politics at Aston University and co-director of the Aston Centre for Europe. He is currently completing a two-year study of UK political leadership, with a focus on the narrative of Ed Miliband’s time in charge of Labour