How managers can create a constant stream of useful ideas 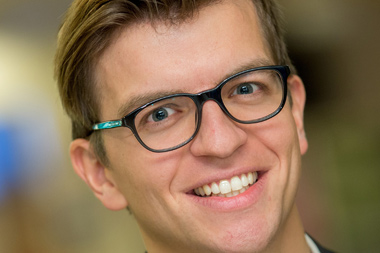 Encouraging workers to come up with ideas is one of the hardest aspects of management. However, our guest columnist argues, rejection can actually be a motivating factor if it is handled in a positive way

Staff engagement is becoming more important as companies turn to their employees for ideas on how to improve their businesses. Indeed, our latest study at Rotterdam School of Business showed that rejection, counterintuitively, can actually drive innovation within a firm.

The research revealed another, very interesting finding: that future ideas submitted by the employee who had his or her first idea rejected are likely to be just as poor. It is also important to note that, while rejection frequently drew a positive response, employees would stop engaging after an average of 27 rejected ideas. Those points spawn some interesting factors for managers to weigh up, when they think about introducing changes to their workplace dynamics.

So – why should someone continue doing something that is not compulsory... and where they do not seem to succeed?

Prior rejections can trigger a feeling of being positively challenged. Also, rejection can lead to increased persistence as workers try to understand the inherent causes of the rejection. It can also decrease the threshold to another shot at taking the initiative, because expectations have been lowered. All this can result in a greater amount of idea submissions by employees.

In the process of collecting our data, we spent a lot of time in different companies, observing their processes and cultures. We learned that, in companies where a feeling of safety and positivity was created, idea rejections were not perceived as something negative.

But how does a company create a safe haven for handling and examining innovative ideas? Essentially, employees should not fear anything when their ideas are rejected – for instance, a negative image, deteriorating career prospects, or a loss of status. Managers can help in that respect by ensuring that their rejections are not visible to anyone except the review committee and the idea initiator. The ideas-management programme should be a completely independent entity in the company that does not interfere with, or assess, an employee’s day-to-day duties. In that way, employees feel freer to submit ideas because rejection has no negative consequences.

As we have seen, even though people who were rejected are more likely to come back with more ideas, they will be more likely to be rejected again; only the employees who were successful earlier proved to submit high-quality ideas again. In that climate, then, achieving success is a relatively rare event, from which employees may learn much more than if it were a common occurrence. Those types of successful experiences may give people the confidence and enthusiasm to explore new and better ways of performing tasks. Also, employees with successful ideas often witness the development of their idea from inception to implementation – and therefore experience the whole innovation process. That would help them to come up with new initiatives in the future that also fit with the company’s needs and values.

The rising challenge of ideas management is to encourage employees with good ideas to return more frequently, and to help staff members with unsuccessful ideas learn from the process.

One thing that managers can do is to provide motivational feedback to people who once submitted a successful idea. They need to ensure that those people continue to participate in the innovation process. Managers should also assist those who do come back, but had their earlier ideas rejected. They should walk them through the criteria that need to be met by their idea during every stage of the innovation process. In that way, potential innovators may get a bigger picture of the company’s overall strategy, and work out how to adjust their idea straight away.

Another suggestion may be to bring together the experience of those employees whose ideas are repeatedly not accepted, yet who maintain the motivation to try again and again, with those who succeed, but seem to quickly lose the motivation to try again. Under those arrangements, the successful idea initiators can serve as mentors – guiding, for example, less experienced inventors through the process and thereby serving as role models.

For further thoughts about the importance of role models, check out CMI’s recent research on the topic.