Why fairness means treating everyone differently 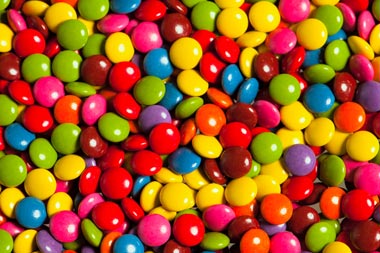 Blanket policies and rigid schemes are leadership styles of the past. For your business to thrive, you'll need to fit your approach around the differences in your workforce

“We are intensely relaxed about people getting filthy rich,” a fresh-faced and only recently de-moustachioed Peter Mandelson told a group of California computer executives in 1998, shortly after New Labour had swept into Downing Street.

Over a decade later it remains one of the most oft-repeated quotations of the New Labour era. People getting filthy rich? The Labour Party? Intensely relaxed? What were they thinking? Isn’t that a bit unfair?

That Mandelson qualified the remark by adding, “as long as they pay their taxes,” has mysteriously fallen by the historical wayside. The quotation, much to his annoyance, is rarely repeated in full. That is a shame – as the full quote forges a precise path between traditional leftwing and rightwing notions of fairness.

The leftwing notion, put very simply, is that a fair society must have equality of opportunity; and as wealth and opportunity are inextricably linked, wealth must be redistributed.

The traditional rightwing argument is that what people have is theirs, they have earned it, and it is unfair to remove it from them.

But Mandelson, and his colleagues Tony Blair and Gordon Brown, convinced many of us there was a Third Way. The size of the gap between rich and poor does not matter, as long as the life chances of the people at the bottom are improving. If those are rising steadily, then it does not matter that the rich are getting even richer.

Fast forward 14 years or so, and while opinions on the New Labour experiment might most generously be described as eclectic, it is hard to deny that in their realisation of the urgent need to reappraise ideas of fairness, they were on to something.

As the 21st century rapidly matures, it is already clear that it will be very different from the 20th and, if businesses want to succeed in this frighteningly dynamic new era, they will have to change their understanding of fairness.

In a world where fleece-wearing twentysomethings with a laptop and a bright idea can become billionaires seemingly overnight, it is becoming increasingly apparent that wealth creation is no longer a zero-sum game. In 19th-century mining villages, the mine owner’s wealth was the cause of the poverty of the miners, hence the birth of trade unions. But with the exception of sweatshops in the developing world, that is not the case today. The poverty of the poor does not create the richness of the rich and vice versa. Facebook founder Mark Zuckerberg did not amass a near £10bn fortune by exploiting the beleaguered proletariat of Silicon Valley.

Blanket policies are out of date

In 1980, the influential American behavioural psychologist GS Leventhal set out six criteria for creating fairness at work. He proposed that procedures and policies should be consistently applied to everyone in the organisation, free from bias, accurate, correctable, representative of all concerns and based on prevailing ethics. If the rules are clear, and good work is uniformly and proportionately rewarded, workers will be happy.

But it isn’t 1980 anymore. Staff at successful companies, on the whole, are not working there merely to satisfy their basic needs for food and shelter. As such, the reward for good performance of an increase in what another US psychologist, Frederick Herzberg, called “hygiene factors” – pay, personal life, job security, status, suspension, working conditions, fringe benefits, company policies and administration, and good relations with co-workers – may not suffice. These factors, he argued, can only reduce dissatisfaction, not create satisfaction.

Only motivational factors – level of challenge, the work itself, responsibility, recognition, advancement, intrinsic interest, autonomy and opportunities for creativity – can stimulate satisfaction.

Much fanfare is made about the wild and wacky perks and privileges touted around at dotcom start-ups in California, and, increasingly, in the UK. At the Silicon Valley offices of user review site Yelp.com, three beer kegs sit in the break-room, with inbuilt iPads informing staff what brew is inside. Others boast chocolate fountains, indoor skating ramps, free freshly prepared gourmet meals and famously, at Facebook’s brand new offices, free soda for all.

“But the most valuable staff in the world don’t stick around for free soda,” says Professor Kit Yarrow, an expert in business psychology at California’s Golden Gate University. “They do for the opportunity to make a valued and dynamic contribution to the organisation. And with the complexities of modern working life, the sort of rewards people want for a job well done are decidedly different.”

Indeed, Yale School of Management’s Professor Victor Vroom was the first to borrow the word “valency” from its preferred home in chemistry laboratories, where it describes the bonds between two atoms, and deploy it in organizational psychology. A system that provides and rewards employees in a uniform fashion fundamentally misunderstands the complexities of the modern workplace. Of course it is important that workers can be confident they will be justly rewarded for their endeavours, but in a diverse workforce not all staff want the same reward. Promotion, an increase in salary, the reward of flexible working – the valence of these motivating factors, i.e. their appeal to the specific employee to which they might be rewarded, varies widely from employee to employee. Carbon loves hydrogen. Young parents love flexible working hours. The increased workload or necessity of foreign travel that might come with a promotion is decidedly unappealing for many.

The Third Way, then, is already looking rather out of date. In a profoundly globalised world, some people are going to get filthy rich regardless of who may or may not be intensely relaxed about it. And those who do so will have realised long ago that it’s just not fair to treat everyone the same. And it’s certainly not profitable.

Aristotle: Clearly not everyone is the same, so why should we treat them as such? Rulers; citizens; slaves; these are people of different intelligence and morals. Justice is considered to mean equality – and it does – but equality for those who are equal, not for all.

John Rawls: It’s alright for you, you married into aristocracy. Would you say the same if you were a slave? I don’t think so. Before the American Civil War, whites in the southern states of the US condoned slavery just like you did. But they most likely would not have done had they been lifted from their own position. You can only judge the morality of a situation when your vested interests are removed.

Aristotle: Well, that’s very noble, but men are not equal in their capacity for leadership and goodness.

John Rawls: That’s what Americans thought about black slaves. Now we have an African-American President.

Aristotle: What is this America you keep talking about?