Why Miliband is banking on electorate knowing villains from heroes

Panto season wound up weeks ago, but Ed Miliband is hoping that our appetite to hiss at baddies holds up until May. It’s hard to imagine Miliband as a swashbuckling do-gooder. He’s endured consistently low personal approval ratings and has even been the subject of withering put downs from those esteemed political heavyweights Ant and Dec. Despite that, the story of his time as Labour leader could be told by simply recounting the fights he has picked with seemingly indomitable foes.

Most notably there was Rupert Murdoch, who Miliband took on in the wake of the phone hacking saga – defying received wisdom about the need to keep the media baron’s formidable press empire onside to have any electoral hope. He turned his guns on the energy industry with the conference speech pledge to freeze prices. More recently he’s proven unafraid to take on the combined forces of big business, going on the offensive to challenge the perceived right that Tory affiliated company chairmen have to pass judgement on his party’s economic policies, particularly when those chairmen are based overseas. But despite the successes Miliband has had with tweaking the noses of those establishment titans, many feel that he may be overreaching with his latest choice of enemy. 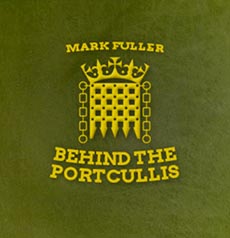 Following press revelations about HSBC’s practice of helping wealthy customers to avoid tax, Miliband stood up at Prime Ministers Questions last week to accuse a host of figures with close Tory links of indulging in their own “dodgy” tax affairs. In so doing, Miliband widened the focus away from Swiss bank boardrooms, building an impression of tax cheats on every corner – or at least at every Tory fundraising event.

It’s a high-risk strategy. Firstly, it clusters a range of different practices together under a single banner. So distinctions between “avoiding” and “evading” tax become irrelevant. Anything other than paying all the tax you possibly can (and then checking to see if there is any way to pay more) is “dodgy”. That lack of distinction triggered an immediate counterblast from one of the accused – Tory Peer Lord Fink – which Miliband seemed to immediately face down. Potentially far more damaging, though, is the opportunity the conflict has presented for scrutiny of the tax affairs of those with ties to the Labour Party… and Miliband himself.

Already, we’ve seen questions raised about the tax arrangements of Labour donors, the shadow chancellor’s cash deals with his gardener, and the means through which Miliband planned his financial affairs to account for his late father’s estates. So far, nothing has firmly stuck – but at some point, something is bound to. And Miliband no doubt knows this.

He’s willing to take this risk because the strategy is not about the individual accusations – of press impropriety, energy profiteering, or tax cheating – but the overarching narrative. Under Miliband, Labour’s fortunes rest in engaging the electorate in a story that pitches oppressive vested interests against the put-upon masses, with Labour emerging as the heroic champions able to thwart their evil ambitions. The roots of the narrative are pretty clear to see in the “predators versus producers” rhetoric of Miliband’s 2011 conference speech. A disciplined adherence to that story means that the overarching sense of clear-cut goodies and baddies can withstand the occasional, out-of-character moment from the protagonists. Or, to put it another way, while the occasional tax indiscretion of people with Labour connections may come to light, they won’t shift the idea that the Tories and their city friends are the real villains, with tax cheating in their blood.

There are solid reasons for taking such an approach. Advertisers have long realised that engaging people in emotive narratives influences customer behaviour, and there is some emerging science to back that idea up. However, the Tories have a story of their own to tell: of how they are selflessly taking tough decisions on behalf of the nation and holding firm against a bungling Labour Party that can’t be trusted with the economy. It’s an equally compelling tale and just as able to withstand the occasional departure from the script.

Decision making on Election Day will ultimately be informed by a wide range of rational and irrational factors. Time-honoured questions like whose policies will be best for the country, which party is going to do the most for people like me, and who do I think will be the strongest prime minister will all play a part. But the answers could well be determined by the story we are most willing to listen to between now and May.

For more thoughts on authenticity in leadership, sign up to this forthcoming CMI seminar.