British productivity grows, but more needs to be done 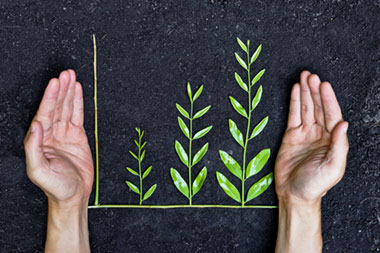 New data reveals that productivity has grown over the last 12 months, and CMI’s Ann Francke said now is the time to invest in our management capabilities to build on this momentum

British productivity benefitted from a slight improvement over the fourth quarter of 2016, with output per worker growing by 0.6 points, according to the latest data from the Office for National Statistics.

CMI chief executive Ann Francke welcomed the improvements, and said that now is the time to invest in our management capabilities to help continue this upward trend.

“Today’s ONS productivity statistics will come as some relief for business leaders who are anxious about growth, finance, and access to overseas talent as we face the challenges of Brexit,” she said. “But we often overlook the biggest boost to productivity: better managers. We need to focus on continuing this upward trend. Poor management currently costs our economy £84bn in reduced productivity each year, and Britain lags other countries when it comes to people skills.

“Indeed, four out of five British bosses are 'accidental managers' who've never been trained. Policies which encourage improvement in management skills, such as apprenticeships, gender pay gap reporting, and better corporate governance, are all laying groundwork for a more competitive global Britain - but only if business leaders take them seriously and use them to address the current shortcomings.”

Despite these improvements, British productivity still remains low compared to other major players in the global marketplace.

Speaking at the London School of Economics recently, Andy Haldane, chief economist and executive director of monetary analysis and statistics at the Bank of England, laid the blame for this poor productivity squarely at the feet of poorly managed businesses.

“Nicholas Bloom and John Van Reenen have shown that weaknesses in management processes and practices go a long way towards explaining the long tail of low productivity manufacturing companies,” he said. “These poor practices are most pronounced in sectors where competition is weak and in family-owned firms where management control rests with the eldest son.

Haldane said that companies need to shine a light on the poor practices that are currently limiting their productivity so that they can then take remedial action to improve their management capabilities, and their productivity.

“The Mayfield Commission aims to create an app that enables companies to measure their productivity and benchmark themselves against other companies operating in similar sectors and regions,” he said. “By shining a light on companies’ relative performance, the aim is that this would serve as a catalyst for remedial action by company management. Indeed, the aim is to provide firms not only with a means of benchmarking themselves, but with tools to improve performance along identified areas.

“These online tools would be a mechanism for speeding-up the process of technological diffusion to the long tail.”