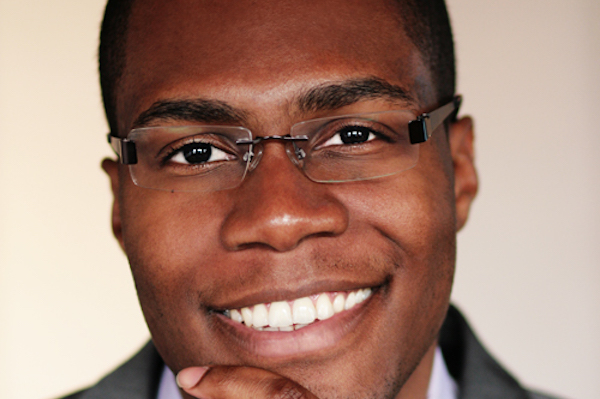 Diversity is the key to innovation, says Prosper Williams who played a lead role in CMI’s landmark Delivering Diversity report

“So much of our lives have been revolutionised over the past decade: how we communicate, how we shop, and even how we think.”

Prosper Williams believes we have entered a period of change and a networked economy that will affect how our political systems are ordered, how we establish power and how we transact.

But will our organisations realise the networked economy’s full potential? Not unless they find ways to attract people from all walks of life to construct the digital businesses of tomorrow, says Williams, who sits on the leadership advisory board for CMI’s recent Delivering Diversity report.

“In organisations across the globe, diversity and race is still the unspoken problem,” he says. “I think everyone agrees we are at an inflection point in business - ideas can come from anywhere. What is a little more difficult to see is the direct impact diversity has on a company’s bottom line, and most importantly that organisation’s ability to respond to rapidly evolving customer needs.

“Today, someone in the furthest flung part of sub-Saharan Africa, South America, or China – such as Alibaba CEO and founder Jack Ma – can create trillion-dollar organisations that surpass established organisations, meet customer needs and, just a decade ago, would have been impossible to imagine."

This is just the type of diversity of thought and creativity that we need to capture in large corporates, if those organisations are to survive in what is quickly becoming a hyper-connected society.

CMI’s Delivering Diversity report revealed how few people from black and ethnic minority groups hold management roles. Williams’ own life story is a compelling example of how management and leadership set him on a positive path, and today he is deploying those experiences to help organisations embed what he calls “open thinking” – an attitude that allows them to genuinely embrace fresh, diverse ideas.

Born in Trinidad, Williams immigrated to the UK as a six-year-old. It was an alien experience. “That helped shape me as young boy. It meant quite early in life I had to adapt very quickly to new surroundings, and a totally new culture. This made me open to change, in fact later in life I would come to embrace it, to the point where I am now uncomfortable if the status quo is maintained longer than necessary,” he laughs.

His mother, Jillian, an educator, was a rock during a tumultuous childhood. “Let’s just say she fed me the right data. She gave me a sense of self and purpose, and was my first encounter with true leadership.”

Growing up in north-west London, Williams was an intelligent boy but blew hot and cold in the education system. “For some reason I didn’t enjoy school, I was constantly distracted and was drawn to the exciting nature of gang culture.”

The death of his grandfather was a turning point in a troubled upbringing. “I just knew in myself it was time for a change, I no longer wanted to be a statistic or stereotype.”

The value of education

After a family friend suggested he complete a fast track access course to university, Williams applied and was accepted onto an Access to Higher Education course in business. At the time he could hardly read or write having left school at the age 14 with no SATS, GCSE's or A Levels, and did not know he suffered with a learning disability. Still, he completed the course with the top grade in the borough.

"Perhaps it was my upbringing that allowed me to achieve this, I was intrepid, and had no fear being around people who were smart or completely different to me. In fact, rather than being intimidated I embraced it, as I knew the experience would help me grow. I learnt very early in life that when we spend time wearing masks to fit in, we often prevent ourselves becoming the very thing we are pretending to be.”

Leadership and aiming for the top

There have been a number of first class degrees, jobs and roles since Williams completed his access course, but one experience that left a lasting impression on him was working with the leadership guru René Carayol. “I had never heard any man, black or otherwise, speak like that before,” says Williams, “he blew me away.” He says the time he spent working with Carayol, “Showed me what good looks like, what being at that level involves. And it has allowed me to interact and learn from some of the top leaders in the world including F1 boss Ross Brawn and ex-Googler Laszlo Bock.” Williams has since been on the fast track with Tesco and is currently working on digital transformation within the financial services industry. As the Delivering Diversity report points out, more large employers need to understand the benefits that multi-dimensional thinking can bring.

“I think if there is a lesson to learn from my career it is to be open in your thinking and completely focused. Focus brings light, and everything else: passion, drive, intellect can come from that. Being open in your thinking ensures you have a good enough understanding of the environment you’re in, so you can focus on the right things. No-one told me I am not supposed to do half the things I’ve done in my career, I was open and uninhibited in my aspirations and ambitions, so I just went out and did it.”

By working on CMI’s Delivering Diversity report, which was produced with the British Academy of Management, Williams has realised that “the need to double down on diversity is as strong today as it has ever been”. Or as he puts it: “When organisations lack insight into the broader social context in which they operate, it becomes almost impossible to recognise the threat or opportunity of disruption. The world is viewed through too narrow a lens.”

“Open thinking is as much about getting close to customers as anything else” he says. This means that all stakeholders need be involved in designing how you deliver a company’s services. “Innovation is diversity,” says Williams.

These issues were vividly brought to life in Delivering Diversity, which showed how silent boardrooms are on the issue of race and ethnicity. Among its seven key recommendations, the report advises businesses to: Build diversity through ‘next up’ leadership. Organisations shouldn’t just rely on “senior management” to act as role models and mentors; instead, they should identify new people with fresh stories and bring these to the heart of the workplace to showcase differences.

Prosper Williams says that he could have let racism, a difficult upbringing and fear shape his life in a negative way. Instead he took control and it is enormously to his credit that he decided to break the silence about his own story. It’s to be hoped that Delivering Diversity will encourage many other people from BAME groups to do the same.

Sign up for CMI Race, a new network for managers and leaders across all sectors, whatever their background.