Why Are There So Many Incompetent Leaders? 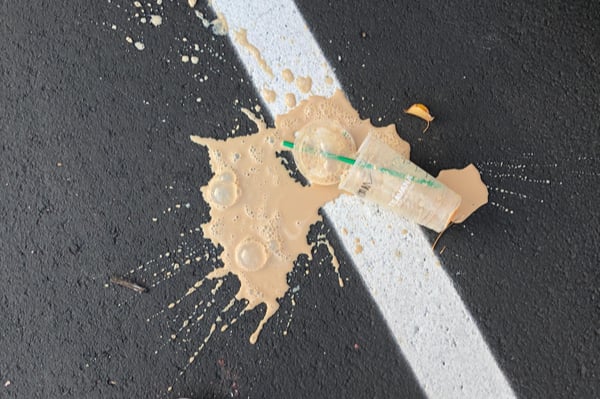 By associating leadership qualities with confidence, we’re overlooking quieter, but perhaps more able, leaders.That’s Tomas Chamorro-Premuzic’s thesis in his book, Why Do So Many Incompetent Men Become Leaders, which was shortlisted for CMI Management Book of the Year.

He hypothesises that this is due to two causes. Leaders are being promoted due to confidence alone, which leads to an increasing number of incompetent leaders. As statistically most leadership roles are occupied by men, this is the problem with associating male confidence with leadership. In these edited excerpts from his book, we take you through the problem and how to fix it.

Google “my boss is” and you’ll see the following auto-complete options: “abusive”, “crazy”, “mean”, “incompetent” and “lazy”. Opinion surveys produce similar results. According to Gallup, 75% of people quit their jobs because of their direct line manager. Results like this reveal bad leadership as the number one cause of voluntary turnover worldwide. Meanwhile, 65% of Americans say they would rather change their boss than get a great pay rise. This shortsighted response fails to recognise that the next boss might not be any better, but worse.

What to make of the obvious fact that most leaders, inept or otherwise, are male? In most parts of the world, the notion of leadership is so masculine that most people would struggle to name one famous female business leader.

For example, in this survey, a thousand Americans were asked to name a famous female business leader in tech. Some 92% of respondents had no answers, and a quarter of the remaining 8% names “Siri” or “Alexa”. Even among the S&P 500 companies (which are much more committed to gender equality than are smaller privately held businesses) we are very far from seeing a balanced gender ratio.

I first asked this question in 2013, in a Harvard Business Review essay. I argued that the underrepresentation of women in leadership was not due to their lack of ability or motivation, but our inability to detect incompetence in men. When men are considered for leadership positions, the same traits that predict their downfall are commonly mistaken – even celebrated – as a sign of leadership potential or talent. Traits like overconfidence and self-absorption should be seen as red flags, but instead they are usually identified as ‘charisma’.

There is no simple way to determine whether someone’s confidence corresponds with their abilities, unless you can measure the person’s abilities. When people tell you they are good at something, all you can do is guess whether they have accurately assessed their abilities and are telling you the truth. It may not surprise you that most of us over-rate our skills and talents; decades of research suggest that on virtually any dimension of ability, we tend to assume that we are better than we actually are.

Good leaders are made up of the following qualities:

The key components of intellectual capital – domain-specific expertise, experience, and good judgement – not only enable leaders to perform their specific roles, but also give them credibility with their followers.

This concerns the network and connections that leaders have at their disposal. Who you know determines not just how you lead, but also whether you lead at all, wherever you operate.

This is how individuals will lead and whether they will make use of their capabilities.

Even if the essence of leadership talent is universal, the context a leader is in will shape how they behave, ought to behave, and are evaluated. If talent is personality in the right place, then the context obviously matters as much as the leader’s personality does.

Take-aways From This Book:

When putting this idea into the context of putting more women into leadership roles, the problem is clear: without a culture where women are encouraged, even expected, to rise through the ranks and thrive at work, they will struggle to lead a team.

If you’re looking to be part of the solution, see how Sponsoring Women’s Success could help.

You can read the full Management Book of the Year long list here, or the recently announced shortlist.