How to Be a Better Leader According to Science 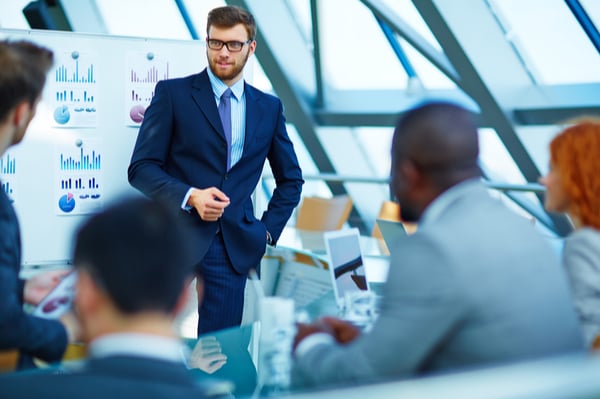 Leadership has been in the spotlight as never before, as people around the world look to their leaders in all spheres of social, political and organisational life. Rather than help, though, leaders often seem to be part of the problem. When it comes to politicians, fingers are often pointed at the leaders of political parties for failing to provide a clear vision, for their personal moral failings, or for their inability to deliver on their promises.

Theresa May, the UK prime minister, was widely blamed for the Conservative party’s poor performance in the country’s 2017 general election. Her robotic mantra of “strong and stable” leadership was much-criticised.

Meanwhile, a seemingly never-ending flow of news reports catalogue US President Donald Trump’s alleged lies and question his fitness for office. Conversely, there has been a growing trend for politicians around the world to back or block policies for moral, as opposed to economic reasons.

In organisational settings, we often hear that levels of trust in leaders are at an all-time low in the wake of the financial crisis, a series of corporate scandals, and the ongoing challenges faced by employees in securing “good work”. Although we inevitably hear most about high-profile cases of failure, leadership is not a process that just takes place at the top of the hierarchy. If we want to know about leadership and how it works in an organisational setting, we also need to look at how leadership behaviours and attitudes are diffused throughout the whole organisation.

What the Research Says

In our research, we set out to discover what makes an effective leader. We were particularly interested in “purposeful leadership” since a more thoughtful and purposeful approach is often been hailed as the antidote to failings caused by a relentless focus on short-term financial imperatives.

Purposeful leaders are individuals with a strong sense of their own moral compass, have a compelling vision for their team, and consider the needs of a wide range of stakeholders when making decisions. There are many other types of leaders, such as charismatic leaders, who rely on strength of personality and vision to increase the performance of their followers. However, like other forms of leadership, charismatic leadership can have a dark side that takes followers down a slippery slope towards deviant behaviours.

But purposeful leaders are comparatively rare; when we asked a cross section of UK managers, only 21% rated themselves as high on purposefulness. When we broke this down further, we found that 35% of leaders overall said that they had a strong vision for their team and were committed to a wide range of stakeholders. Just 8% said they had a strong personal moral compass. When we asked employees, only 40% said their manager behaved ethically.

This matters, because the research found that purposeful leaders are seen by their followers as ethical, and that workers are therefore more satisfied, perform better, are less likely to quit, and are more willing to go the extra mile.

But purposeful leaders don’t emerge in a vacuum; some organisations are more adept than others at creating an environment where leaders can behave purposefully. When we looked in more detail in case studies at the public, private and not-for-profit sectors, some interesting differences emerged.

In those organisations where senior leaders offered a positive role model, then it was more likely that purposeful leadership would be widely diffused throughout the organisation.

One person we spoke to at a retailer said:

Our CEO is very, very visionary and everyone absolutely bought into the vision he had of transforming this business, and I think there is a really great level of awareness right down to colleague level.

Equally important was a strong set of genuine organisational values. At one charity, people knew and shared the same values and ethics which empowered them to challenge any instances of transgression. We also found that having clear and widely-understood policies and processes around whistleblowing reassured people that the organisation took ethics seriously. Even though not all people identified with the charity’s specific religious heritage, they were still invigorated by the ethical code displayed by the leaders.

What also emerged from the research was the damaging effect of operating in a constrained environment. Where people lacked either the time or the resources, then generally the first thing to be sacrificed was a focus on purpose and ethics.

As one leader in a central government department said: “When you work really, really hard and things get stressed, you focus on the task rather than on the individual.”Another constraint faced by organisations is the difficulty of creating and embedding a single, clear, consistent vision, particularly in large diverse organisations that may have been through a number of reorganisations, mergers or takeovers. This was summed up by one participant who commented that their organisation had “more visions than you can shake a stick at”, which left people confused and unsure of where their priorities lay. It highlighted the important role that leaders at all levels can play.

There are a number of things that leaders can do to ensure that they are leading “with purpose”. The first is to make sure that you know what the overall organisational vision is or, if you’re in a senior role, that you have developed and disseminated a meaningful vision. Each leader will then need to think about how that vision can be made relevant to their team. Regular discussions about vision and values are important for people to see how their work fits in and contributes.

Second, leaders should think about their own personal moral code: what are the core values that matter most to you as an individual? People don’t leave their values at the door when they go into work, so think about how can these values can be integrated into your work. Finally, when making decisions, don’t just focus on short-term performance outcomes, but also take time to think about the various stakeholders who are affected.

Given the prevailing business climate, and in the UK the lengthy period of instability and change the country faces as it moves towards Brexit, it is likely that the pressures will only increase. This will pose further challenges to the ability of leaders in all sectors to act “with purpose”, yet the requirement to do so has never been more pressing.

This article was originally published on The Conversation. Read the original article.