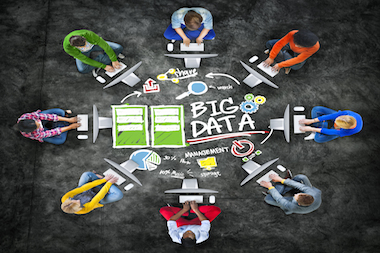 You can’t afford to ignore the Big Data revolution; you must embrace and harness it

I worked with a telecoms company, whose business objective was to reduce customer churn. It knew it had a lot of data and ran analytics on some of it, but had never looked at how people called each other. They didn’t know whether their customers made mainly inbound or outbound calls, how long they spoke for, or what times of the day were most popular.

By mining that data and applying analytics, they found that one particular calling pattern was much more associated with churn than the rest. The data analysis proved that there was a type of customer who moves more frequently than others - by identifying that segment of the market the firm could target those customers with special offers that would entice them to stay. By analysing traditional structured data a little differently they were able to extract commercially significant insights that increased profit.

Big Data and analytics are revolutionising business and, as in all revolutions, there will be winners and losers. Today, successful companies understand where their customers are, what they are doing and where they are going. They allow that information to guide their strategy and inform their decision-making.

Even something as subjective as human resources is being transformed by analytics. One tool helps assess and understand employees and candidates by crunching half a billion data points across 18 industries in 13 different countries on everything from gas prices, unemployment rates and social media use, to how long a person takes to travel to work, or to how often they speak to their managers.

The software is being used to predict a range of things, including how long an employee is likely to stay in his or her job. It has also gleaned some remarkable and unexpected insights, such as the fact that employees who change the default browser on their computer to a non-standard browser, such as Firefox or Chrome, outperform those who use a standard browser, such as Internet Explorer and Safari.

Although this type of Big Data analytics is currently focused on customer-facing roles it’s only a matter of time before it reaches the upper echelons of management. Improving the performance of top executives has a disproportionate effect on any company so Big Data solutions are certain to be considered.

A company that puts data at the centre of its business model will quickly outsmart traditional players in any industry. Companies that won’t embrace the SMART revolution will be left behind.

Bernard Marr is the author of Big Data: Using Smart Big Data Analytics and Metrics to Make Better Decisions and Improve Performance. Follow him on Twitter.