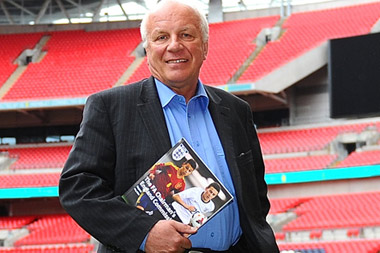 Football Association bosses have proposed a series of measures to boost the number of home-grown players working in UK teams, in efforts to provide managers of British clubs – and the England squad – with better access to domestic talent. The governing body has worked behind the scenes to develop the measures since the 2013 creation of the England Commission: an internal panel set up by FA chairman Greg Dyke to investigate ways of improving home-grown players’ chances to enter the top flight of the UK game.

In its initial report, the Commission identified four stumbling blocks that were hindering the progress of UK players and slowing down the talent pipeline: i) a lack of quality coaching; ii) an absence of quality facilities at grassroots level; iii) a lack of opportunities for home grown players to play competitive first-team football between the ages of 18 and 21, and iv) the way the English players’ market is regulated to preserve the desired balance of British, EU and non-EU players.

With that in mind, the FA has now week unveiled three major steps that will overhaul the status quo and open up the sport to domestic players:

A change in the definition of home grown player to any player, irrespective of their nationality, who has been registered with any club affiliated to The FA or Football Association of Wales (FAW) for a period of three years prior to the player’s 18th birthday (currently the definition states a home grown player has to be registered with The FA or FAW for three years before their 21st birthday).

A reduction in the maximum number of non-home grown players permitted in a club’s first team squad of 25 from 17 to 13, phased over four years from 2016. This would have the effect of ensuring that in a squad of 25, 12 players would have to be home grown.

The introduction of a requirement that at least two home grown players are also club trained players (a club trained player is defined as any player, irrespective of nationality, that has been registered for three years at their current club prior to their 18th birthday).

To pave the way for those measures, the FA will now embark on a consultation with stakeholders across the spectrum of English football, with the aim of ringing the changes over a phased, four-season period. That means the earliest date of implementation would be the start of the 2019/2020 season.

FA officials have already undertaken an initial set of initiatives to improve mobility within the game for domestic players, such as plans to create 30 “Football Hubs” in English cities by 2020, underpinned by a 50% rise in the number of publicly accessible, full-size pitches. However, Dyke believes that, in its current form, the talent pipeline is broken.

Announcing the new measures, he explained: “The Premier League clubs – who invest millions of pounds through their academies and the Elite Player Performance Programme (EPPP) – are doing a fantastic job at developing young talent. But many of the home-grown players being developed at these academies are not breaking through to play regular, first-team football. The League has already recognised the problem, and introduced home-grown player quotas. But since those rules were introduced in 2010, the average number of home grown players in a Premier League squad has stayed largely the same – and has actually decreased significantly at the 12 clubs who have been ever present in the League during that period.”

Dyke pointed out: “In 2014, just 23 English players were playing Champions League football. That compares with 78 Spanish players, 55 from Germany and even 51 from Brazil – and the numbers will only get worse. If we want to maintain a national side capable of competing against the world’s best, we need change.

“As the body responsible for all of English football,” he added, “it’s the FA’s duty to create as many opportunities as possible for young home grown talent to compete at the highest level. This is not simply because it will increase the pool of quality players available to the England manager, but because the development of genuine, local talent is fundamental to the sustainability of our clubs and the health of our national game.”

Dyke’s plans emerged in the wake of young Tottenham Hotspur player Harry Kane becoming the Premier League’s top goal scorer of the season – even though he hadn’t started in a match until November last year, and had been bumped around the loan market for the best part of three years.

For further thoughts on talent management, head to CMI’s special resources on the topic.

Image of Greg Dyke courtesy of the FA.