Meet the Chartered Manager: The change-maker 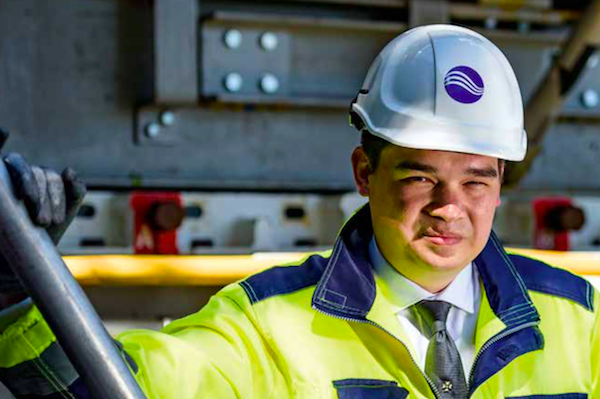 James Dickaty is no stranger to pressure. He spent 15 years as a submariner working on the Royal Navy’s fleet of nuclear submarines, rising to the rank of chief petty officer – a role he likens to middle management. Today he is a senior commissioning manager at Sella Field, in the highly regulated nuclear industry.

Above all, the military taught him how to communicate with people openly. “Nothing prepares you for that better than going to sea in a submarine with 100 other people for three months at a time, with no television or internet.”

That experience, says Dickaty, teaches you how people tick. “You soon know how to change your communication style to deal with different personalities and situations.”

It’s something he has taken with him to his civilian career.

After leaving the military, Dickaty initially found it difficult to gauge his experience and skills as a manager. He turned to CMI for help after becoming a Chartered Engineer.

“What I found difficult was to quantify my leadership skills, and the Chartered Manager process was an excellent way of doing that,” he says. “It allowed me to demonstrate my skills to my own managers, and also to bank it for my own professional and personal development and CPD.”

Dickaty enjoyed the Chartered Manager process, which, he says, helped him make the transition from military to civilian management. “In my industry, it’s difficult to find the time to take stock, consolidate and look back at what you have achieved. The Chartered Manager process allowed me to go all the way back through my career and pull out those skills that were needed for the application, and to quantify and recognise them as part of my skillset.”

In industry, in contrast to the military, managers are very much seen as agents of change. “In a process- driven industry like mine, which is highly regulated because of safety,
the hardest thing is delivering positive change quickly and safely,” he says.

That change involves engaging with, and getting approval from, large numbers of nuclear-industry stakeholders. Becoming a Chartered Manager gave Dickaty the confidence to go out into the workplace and do that. “It also gives me a credibility that I didn’t have before going through the accreditation process,” he says.

Sella Field is employing increasing numbers of Chartered Managers, as part of a drive to professionalise the workforce. As he’s one of the pioneers, Dickaty’s reputation has grown with both his employer and external stakeholders.

“We are seeing more and more people going through the accreditation process. That’s been good for me in terms of raising my own pro le, and the accreditation gives you the credibility that you do have the necessary management skills and you are a good leader,” he says.

The Chartered Manager process is focused on leadership skills, as well as core management skills, says Dickaty. “Chartered Manager gives you that credibility that you are a business leader, and that makes people more receptive to what you have to say.”

What advice does he have for aspiring Chartered Managers who want to follow in his footsteps?

“The important thing to do if you want to be a Chartered Manager is to start now,” he says. “You will probably have some gaps in your experience against the competency framework, so get your mentor sorted early.”

Find out more about Dickaty’s journey and how you can make the move to Chartered Manager, here