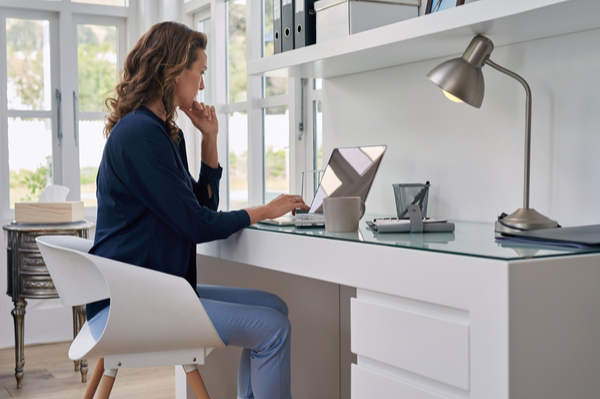 Flexible working is becoming a must for many. One recent report found a quarter of UK workers have refused a job due to a lack of flexibility. This number jumps to 40% for millennial workers for whom work-life balance and flexible working is key when evaluating a job prospect.

Many hope that flexible working can help tackle the persistent gender pay gap. This is why the UK government announced a review of the right to flexible working in 2019 and the prime minister, Theresa May, said firms should strive to make it a reality for all staff, while urging companies to ensure women are better represented at senior levels. But my work with Tanja van der Lippe into the reality of how flexible working plays out shows that it can end up reinforcing gender stereotypes if cultural norms go unchecked.

There’s no doubt that the ability to control when and where you work can be really useful for better balancing work with family life. For example, being able to work from home means you can avoid (sometimes very long) commutes. And, in some cases, it can help you blend care or household work alongside your job. Flexible schedules allow workers to avoid peak traffic and make tag-team parenting – where one starts early and does the school pickup, while the other does the drop off and works later – a possibility.

Read more: Is your organisation happy to talk flexible working?

Empirically, studies have shown that giving mothers access to flexible working arrangements significantly decreases the likelihood that they will drop out of the labour market after giving birth to their first child. It will also decrease the likelihood that they will reduce their working hours after the first or any subsequent childbirth. Given that reduced working hours and moving into part-time jobs is one of the most important causes of the persistent gender wage gap, this flexibility may well help to reduce it.

But there are downsides to flexible working. Research shows that it can lead to people working more overtime. Plus, the capacity for workers to extend their working day is not equal between genders.

Men, on average, are more likely than women to work longer hours when given more control over them – even if it’s unpaid overtime – according to research I’ve done with Mariska van der Horst. Another study has shown that men are also more likely to worry about work when not at work and working flexibly, since men are less likely to worry about the competing care demands they face in the house – which is not the case for women.

Many women, especially mothers or those with care responsibilities, do not feel like they can extend their working days. And, when mothers work flexibly and work from home, studies show they increase their time and activities in the household in a way that fathers do not.

Even employers expect women to use flexible working to address family demands, while men are expected to protect their working time, which can help advance their careers. This could explain why research I’ve done with Yvonne Lott found that flexible working led to income premiums for men but not for women.

When mothers use flexible working, they are also more likely than their male colleagues to face flexibility stigma – the idea that they are less committed and less productive – as a result. Using the most recent survey conducted by the UK department of business, energy and industrial strategy of more than 2,000 workers, I found that more than a quarter of mothers experienced negative career consequences, such as lower pay and damaged career prospective, due to working flexibly. For fathers, this was about one in ten.

Interestingly, men generally held harsher views towards those working flexibly. Almost half of all fathers in the data said they themselves experienced some negative outcomes due to colleagues working flexibly, and almost two out of five men surveyed said that flexible workers generally make more work for others.

What Needs to Be Done

This does not mean that flexible working in itself is a problem. But, equally, we cannot expect that a simple increase in flexible work will automatically help reduce gender inequality. To enable a better use of flexible working, a few things need to be in place.

Studies have shown that when gender norms are more progressive, flexible working is less likely to lead to traditional gender roles being reinforced. Plus, if more people work flexibly and overwork is less prevalent in companies, then flexible working is also likely to result in better outcomes.

Lastly, it seems like there are differences across types of arrangements. Flexitime, where the number of hours worked per week/day is set within boundaries, seems to result in better outcomes compared to complete autonomy over your working time, where encroachment over your family time is more likely.

More fundamentally, we need to challenge organisational cultures that privilege work above everything else, with long hours considered to be synonymous with productivity and commitment. We also need to challenge some of our gendered assumptions of men and women’s roles at home. These changes are crucial, especially if flexible working is to help reduce the gender wage gap and bring about a better work-life balance for all.

CMI is a member of the Government's flexible working task force.

This article is republished from The Conversation under a Creative Commons license. Read the original article.

The maturity challenge: how to retain your older workers

With more employees making flexible working requests, use these tips and resources to successfully make the switch

With inflation and bills skyrocketing, you may not be able to offer all employees a pay rise. What else can managers do?

Should you let remote employees work remotely abroad? You decide

Flexible working has become the norm for many office workers. But it begs the question: just how flexible can you be?