Building a Culture of Innovation: How to Grow Fast and Avoid Failure 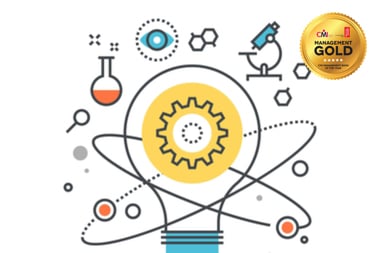 Building a culture of innovation can transform organisations and improve the everyday lives and experiences of their employees, their investors and their customers. That may be a bold statement but it is one which is backed up by survey after survey across the globe.

Large established organisations and small start-ups, multinationals and even governments have all come to recognise the importance of innovation as a driver and shaper of the future. However our work with organisations virtually across the board was throwing up the same problem time and time again. The belief was there, there was a fair amount of talk within executive teams about the need to build a culture of innovation, but that simply wasn’t translating into action on the ground.

It’s not hard to see why. Transforming the culture of any organisation is never a ‘click your fingers and it’s done’ exercise and when it comes to something as fundamental as moving the culture to one of innovation it can be hard to know where to start. In response to this obvious need we decided to combine our culture change, employee engagement and innovation culture expertise in order to build a practical framework which would help organisations to place innovation at the core of their business.

The result is a six stage framework which will help business leaders to define, understand and embed a culture of innovation within their organisation. The framework kicks off with why, helping leaders to build an understanding of the current level of culture within the organisation and to create a case for change. This moves on to assembling a team, embedding the innovation ideal in the top team’s agenda, developing ownership and creating capability.

The third stage looks to design the future of the organisation through shaping vision, values and competencies as well as starting to look at the optimum way for introducing culture change into the organisation. The detailed design plan, creating a roadmap, comes in at stage five but before that stage four looks at one of the make or break scenarios, communicating the new strategy and engaging employees in the change.

Did they live happily ever after? Well that’s up to stage six which takes all the hard work which has gone before and seeks to embed the designed culture of innovation as well as setting the structures in place which will help the organisation’s innovation pathway to continue to evolve into the future.

A culture of innovation isn’t something you can simply buy in a ready packaged format, nor can you just copy what another organisation has done. But by following the six step innovation pathway, business leaders can understand, develop and embed a culture of innovation which is not only unique to the organisation but also will help to shape the future success of the business in a way which would benefit not just the company but also its customers, its people and its investors.

is co-author of Building a Culture of Innovation, which is shortlisted in the Innovation and Entrepreneurship category of the 2017 Management Book of the Year awards